The Minister of Finance Euclid Tsakalotos announced that the negotiations with the quartet will be put “on hold”, shortly after 2am… 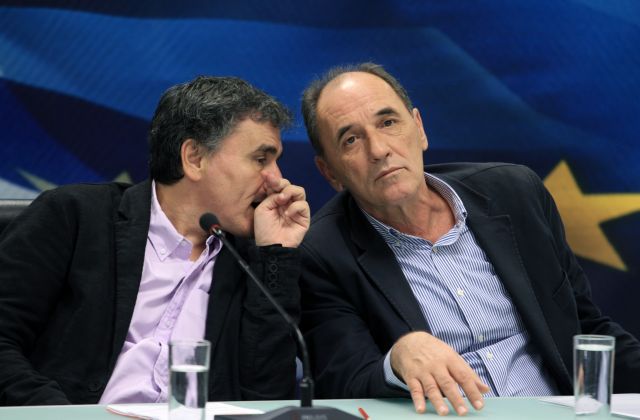 The Minister of Finance Euclid Tsakalotos announced that the negotiations with the quartet will be put “on hold”, shortly after 2am, meaning that no agreement has yet been reached.

As such, the Greek side will aim for an agreement when the quartet returns to Athens on the 18th of April and before the 22nd April Eurogroup in Amsterdam. The negotiators for the Greek government and institutions will be in Washing over the weekend, for the IMF’s annual spring meeting, where an effort will be made to cover the distance that separates the European Commission and IMF.

Mr. Tsakalotos told journalists that “we will reach a staff level agreement ahead of the Eurogroup” and further explained that while significant progress was made in many major issues, there was not enough time for the ‘smaller’ items on the agenda.

Government sources commented that this development will mean that Greece will wait to see how the IMF-Europe talks pan out over the weekend, before deciding upon what concessions could result in a final agreement.

The issues discussed on Monday included the pension reform, budget gap and management of non-performing loans. On the contrary, issues related to the Ministries of Education, Justice and Energy, as well as the new privatization fund, were not put on the table, as initially planned.