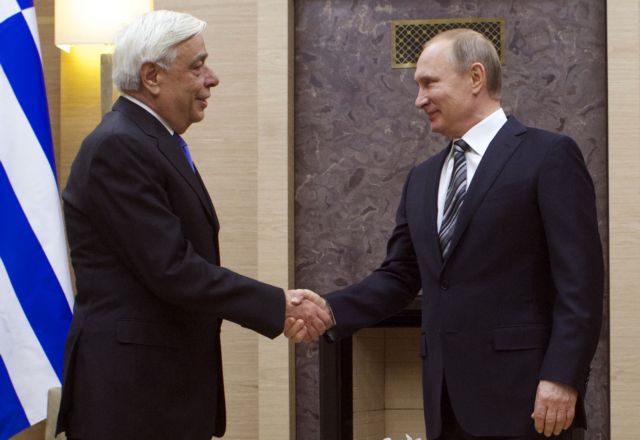 “Greece considers the contribution of the Russian state and people to be decisive in tackling the major challenges that lie ahead” underlined President Prokopis Pavlopoulos during his meeting with his Russian counterpart Vladimir Putin.

The Greek President also emphasized that the differences between Russia and the European Union would soon be overcome. Mr. Pavlopoulos also announced that his visit to Moscow inaugurates the ‘cross-cultural year’ between the two countries and invited Mr. Putin to visit Greece in 2016.

On his behalf, the Russian President expressed his joy at the Greek President’s visit and stated that 37 events have been planned in both countries as part of the cross-cultural year. Mr. Putin noted that Greece was a friendly country with unique historic ties to Russia, with the Greek President adding that they must both increase their efforts to bring the two countries and people even closer.