PM Tsipras: “Our vision of Europe does not include fences or borders”

The Prime Minister Alexis Tsipras accompanied the President of European Parliament Martin Schulz to Mytilene, in order to… 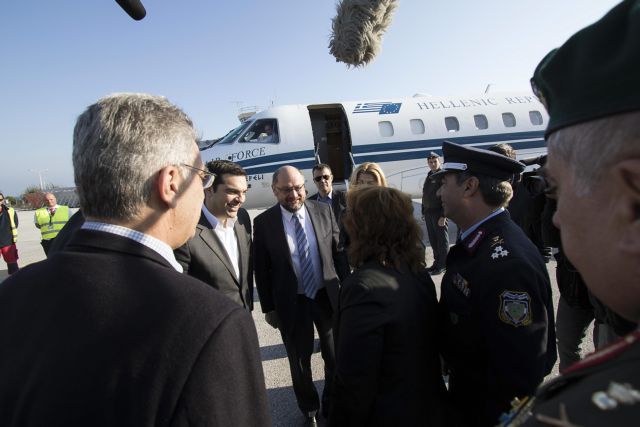 The Prime Minister Alexis Tsipras accompanied the President of European Parliament Martin Schulz to Mytilene, in order to survey the heroic rescue and management efforts in relation to the refugee crisis.

“The crime must stop…our vision is one of Europe without fences, without borders” argued the Prime Minister. Regarding the controversial fence at Evros, which many have called to be torn down, the PM noted that his cannot occur unilaterally, arguing that the real solution is to develop greater cooperation with Turkey in order to contain the refugee flows and improve documentation.

On his behalf, the President of the European Parliament expressed his gratitude towards everyone working with the refugees, adding that the PNO strike is creating problems. Mr. Schulz stressed the need to push the relocation process forward.

About 15,000 refugees remain on the island, unable to travel to mainland Greece, while bodies of refugees from recent tragedies at sea cannot be buried due to shortage of space.