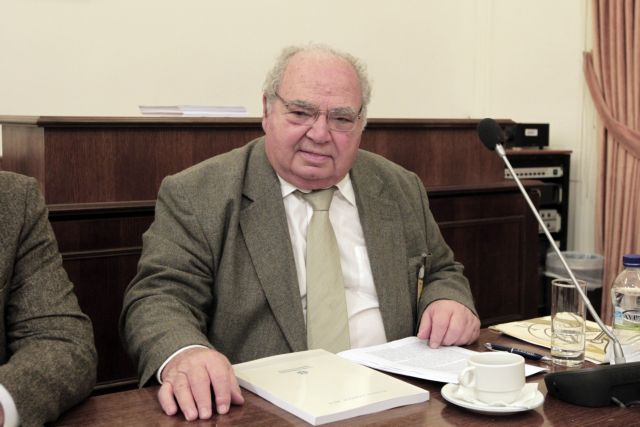 The General Inspector of Public Administration Leandros Rakintzis argued that corruption is widespread in Greek society and estimated that it has an annual cost of 33 billion euros, meaning that the Greek public debt could be paid off in ten years, should corruption be addressed.

Mr. Rakintzis made the commends during a public down in a downtown Athens book store, where he referred to particular incidents of mismanagement, lack of transparency and waste within the public sector that he encountered in his eleven years in power.

There has been a decline in corruption due to the financial crisis, he noted and revealed that the cost of bribes has gone down. Whereas a few years ago a doctor could demand up to 5,000 euro from a patient, these days they typically ask for 300-euro bribes. Mr. Rakintzis stressed that hose accused of corruption tend to be in the position to afford expensive lawyers and often rely of technicalities to avoid prosecution.

In order to overcome the major problem, Mr. Rakintzis claimed that the people must change their attitude and the political will must exist for authorities to follow through their pledged. The General Inspector lamented that that while all governments declare a war on corruption, none of them has so far taken the necessary steps towards this goal.

According toe Mr. Rakintzis it the codification of relevant legislation may be useful to determine which laws are in power and which are not. This, he explained, will provide legal certainty, which is necessary for transparency. Mr. Rakintzis noted that since the foundation of the Hellenic state about 17,500 laws have been passed and 120,000 circulars have been issued, with the General Building Regulation totaling 30,000 pages.