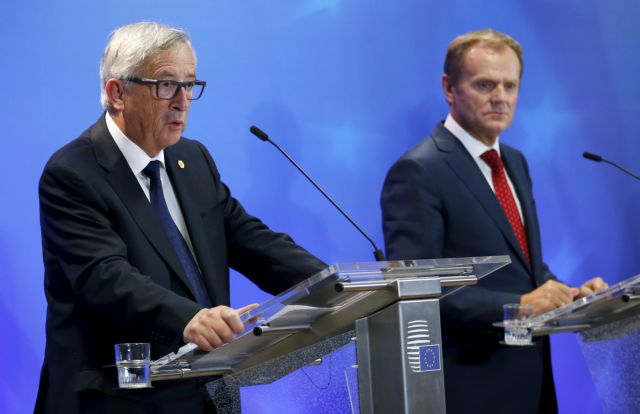 The member states of the European Union have decided to disperse 1 billion euros towards United Nations organizations, in order to help Syrian refugees who remain in the Middle East, announced European Council President Donald Tusk following the conclusion of an emergency meeting in Brussels.

EU officials stated that an a agreement was reached on a series of measures, with the President of the European Commission Jean-Claude Juncker revealing that the meeting was held under excellent conditions, with far less tensions than expected.

Furthermore, Mr. Tusk and Mr. Juncker announced that they will host a meeting with Turkish President Recep Tayyip Erdogan on the 5th of October, as part of the efforts to cooperate with Ankara to reduce the number of refugees and migrants arriving in Greece. It was also agreed to tighten controls at EU border countries with EU-funded personnel.