Schäuble: “Greece has until the end of June to come to an agreement”

The Greek government has until the end of June to come to an agreement with its creditors, warned the German Minister of… 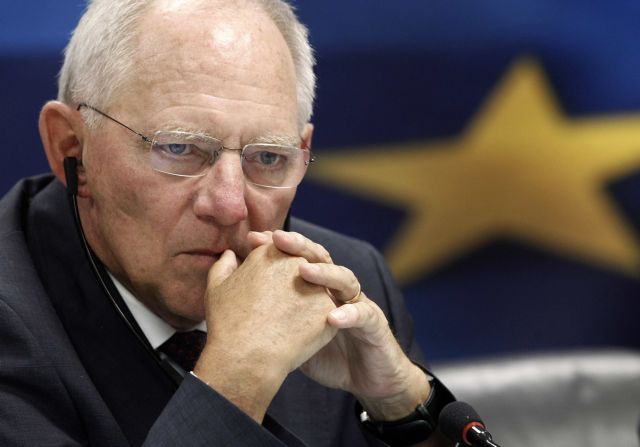 The Greek government has until the end of June to come to an agreement with its creditors, warned the German Minister of Finances Wolfgang Schäuble, in a statement to Bloomberg.

Mr. Schäuble argued that the Greek program has been extended twice and that if Greece wants to take advantage of the available funds, it must then come to an agreement by the 30th of June, when the second extension expires.

The German Minister expressed his doubt as to whether a solution was immanent in the next week and claimed that the situation for Greece was very difficult. He also accused the Greek government of “ruining” all scenarios upon which the country’s fiscal recovery was based.

While he underlined that he was fairly certain that a Greek default was not likely, he estimated that the markets have made preparations for all possibilities and that the Eurozone would not be seriously affected by such a development, since Greece is not a big part of the Eurozone economy.

Finally, the German Minister claimed that Greece’s problem is not the debt, but rather the lack of competition and underlined that Greece’s creditors are after more reforms, not money.