New Democracy: “Varoufakis’ proposal is an exact copy of the bailout”

According to a 12-page “non-paper” issued by main opposition party New Democracy, the list of reform proposals that the… 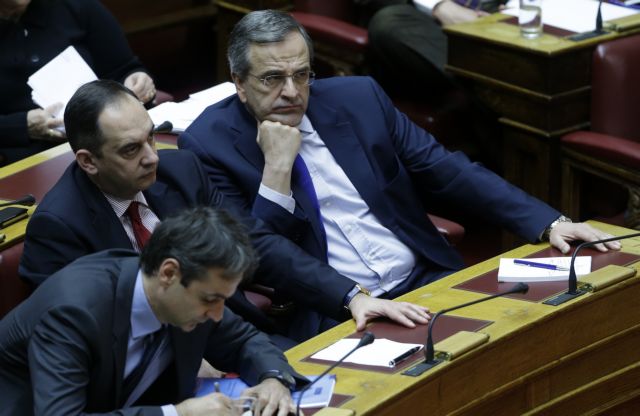 According to a 12-page “non-paper” issued by main opposition party New Democracy, the list of reform proposals that the Minister of Finances Yanis Varoufakis that resulted in the loan agreement extension is an exact copy of the bailout. The non paper points out that extracts from Mr. Varoufakis’ list have been copied from the previous bailout agreements.

Furthermore, New Democracy argues that the government is trying to fool the country’s European partners (by promising to complete the program) and its MPs (who were told the agreement is a “bridge” program, rather than a bailout extension). It also claims that the recent agreement is far worse than the controversial “Hardouvelis email”, which included commitments to increase VAT on islands and reduce pensions, among others.

Although the main opposition party is expected to approve the new agreement – since it will keep Greece within the Eurozone – there is uncertainty as to New Democracy’s overall rhetoric and line. Party president Antonis Samaras has not decided whether he should pursue a stricter “pro-bailout” rhetoric in Parliament, or adopt his earlier anti-bailout stance.

With the party’s parliamentary group and political committee scheduled to convene to discuss the reasons of New Democracy’s defeat in the recent elections, the internal strife is expected to escalate, with prominent party members beginning to challenge Mr. Samaras’ leadership.