With the critical first vote for the Presidential election scheduled for Wednesday many MPs, both independent and belonging to… 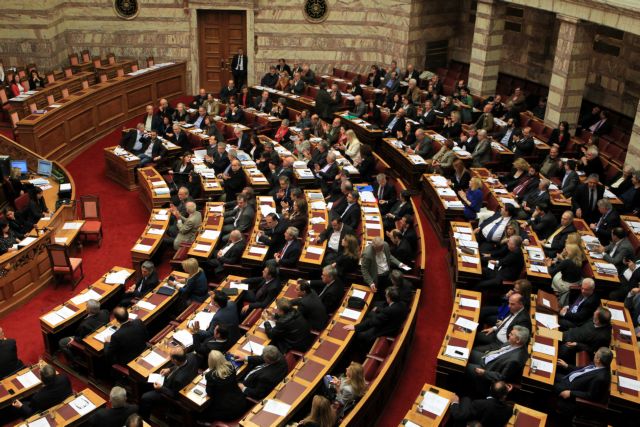 With the critical first vote for the Presidential election scheduled for Wednesday many MPs, both independent and belonging to parties, are starting to express their intentions.

On Tuesday morning independent MP Markos Bolaris told the Athens-Macedonia News Agency that he does not intend to vote for a President, arguing that there is a need to change the implemented policies, which are harming the economy, increasing unemployment and forcing emigration. He added that “I cannot approve such a policy”.

Similarly, independent MP Mika Iatridi, who was elected in Parliament with ANEL, declared her intention on Monday to vote against Presidential candidate Stavros Dimas. Dimitris Kapernaros also announced that he “tends to vote against” in the critical vote and criticized SYRIZA for not proposing a candidate.


Vasilis Economou appears rather reserved and told Mega Channel that he would vote “present” in the first vote and make up his mind regarding the remaining two votes, after the results of the negotiations at the Summit on the 18th of December are made public.

DIMAR’s MP Niki Founta told ANT1 that while she does not intend to vote for Mr. Dimas on Wednesday, she will consider revising her vote, should efforts be made to come to some sort of consensus. The primary concern for Mrs. Founta is to come to an agreement to end the bailout.

Some independent MPs have already announced their intention to support Mr. Dimas’ candidacy. On Monday Spyros Lykoudis and Grigoris Psarianos, both formerly of DIMAR, announced that they would vote for Mr. Dimas. Mr. Psarianos told SKAI that early elections would be “catastrophic” for the country and expressed his dismay at the inability to agree upon a “national plan” to exit the crisis, as in the cases of Ireland and Portugal.

Meanwhile, the president of Independent Greeks Panos Kammenos has contacted three former ANEL and currently independent MPs, asking them to vote against the Presidential candidate. Mr. Kammenos told ANT1 that he urged the three MPs – Vasilis Kapernaros, Kostas Giovanopoulos and Chrysoula Giatagana – to consider the interest of the country and the Greek people. He also revealed that Rachel Makri would not vote for a President.