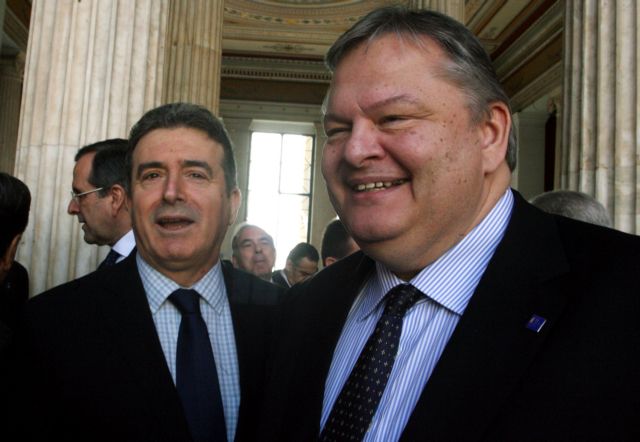 The Deputy Minister of Health Leonidas Grigorakos has lashed out against the Minister of Transport Michalis Chrysochoidis, in response to the heated dispute that took place at a Wednesday afternoon meeting of PASOK’s parliamentary group.

Mr. Grigorakos accused the Transport Minister of attempting to subvert the efforts of party leader Evangelos Venizelos and argued that “in society PASOK may have huge social backing, but as a party is small and causes great insecurity”.

The comments Mr. Grigorakos made were in response to Mr. Chrysochoidis’ objections to the party organization and allegations of the party not operating democratically. Mr. Chrysochoidis also highlighted the inefficiencies of the tax collection mechanism, citing the infamous Lagarde list and offshore tax evasion cases as examples.

Many of the PASOK MPs present at the meeting objected to Mr. Chrysochoidis’ initiative, stressing that it was inappropriate and unacceptable in tone, especially when taken into account that the discussion for the vote of confidence in Parliament was due to start a few hours later. This resulted in a schism between the MPs, as the division between the Mr. Venizelos and Mr. Chrysochoidis deepens.

While a number of MPs urged calm and unity ahead of the challenges that loom, the clash allowed PASOK officers to vocalize their criticism of the coalition government choices and efforts, along with their concerns about the party’s future. MP Symeon Kedikoglou questioned the purpose of the upcoming conference and wondered “will a leader be elected […] how are we different to the Olive Tree?”.