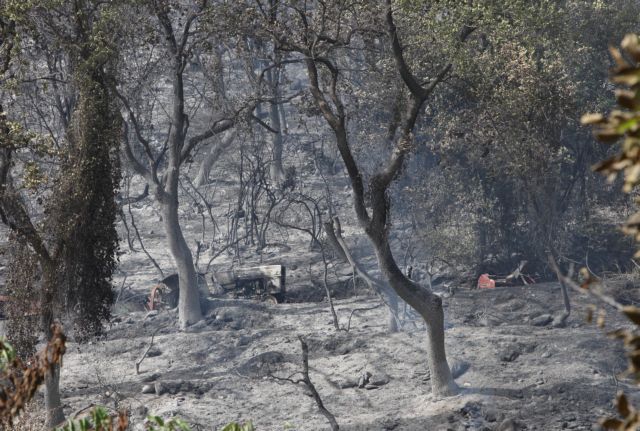 The former head of the Fire Brigade and analyst Andrianos Gourbatsis carried out a survey regarding the forest fires in Greece and found that while there are far fewer fires this year, they are much more destructive.

According to the European Forest Fire Information System (EFFIS), the latest fires in Malesina and Larissa resulted in the destruction of 25,830 and 14,350 acres respectively.

Mr. Gourbatsis points out that in the 1,303 documented fires that broke out between the 1st of May and 30th of June, about 60,990 of agricultural land and forests have burned down. During the same period in 2013 there were nearly double as many fires (1,994) which affected 35,791.7 acres of land.