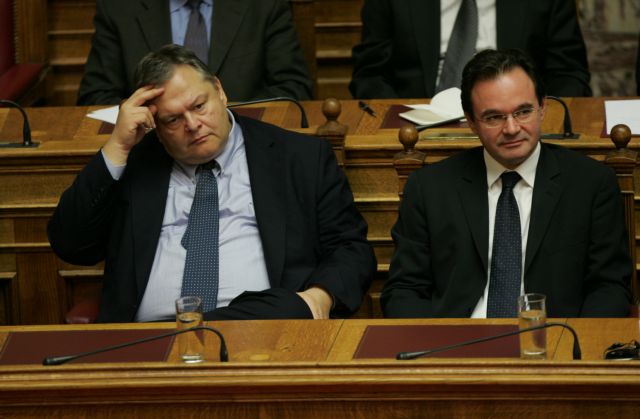 The late submission of the case file regarding the possible implication and liability of Evangelos Venizelos and Giorgos Papakonstantinou in relation to the submarine scandal sparked a bitter row between SYRIZA and PASOK.

The case file, which was submitted by the Prosecutor of Corruption, relates to the possible implication of Venizelos and Papakonstantinou in 2010 when they were active Ministers of National Defense and Finances respectively.

The prosecution file was composed in December 2013 and debated whether an investigation should be launched to determine whether the two Ministers were involved in the scandal. Parliament however rejected the request for establishing a parliamentary committee to further examine the case.

The main opposition party SYRIZA has argued that the case file was submitted on the final day of sessions in Parliament, before it shuts down for summer, in an effort to cover up the potential criminal liability of the acting government VP.

PASOK issued a response to SYRIZA’s allegation, accusing the opposition of “obscenities and glaring contradictions”, to which the SYRIZA MP Zoi Konstantopoulou responded and accused the government of systematically trying to cover up its implication in major scandals.