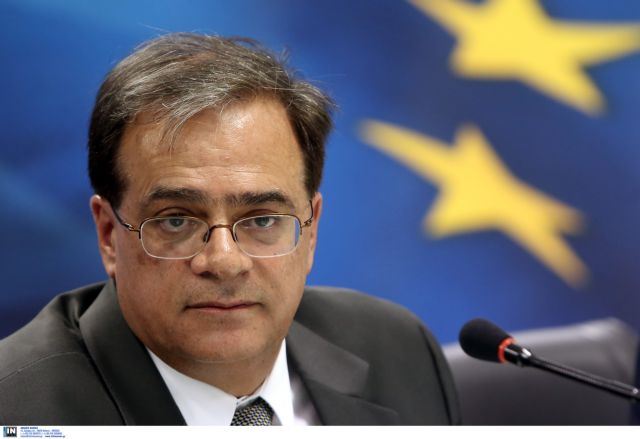 The newly-appointed Minister of Finances Gikas Hardouvelis is expected to reassure his European counterparts in Brussels that Greece is committed to upholding its pledge to maintain the current financial policies.

In his first Eurogroup session Mr. Hardouvelis will have to dispel the skepticism and concern about Greece’s commitment to complete a series of 12 prior actions necessary to collect two one-billion-euro loan installments. Additionally though, the Minister of Finances must maintain the fragile balances in his Ministry, following the cabinet reshuffle.

The recent appointment of the new president of the Council of Economic Advisors (SOE) caused some controversy due to the last minute changes. The SOE president typically acts the Finance Ministry’s institutional advisor and is the representative at the Euro Working Group, which among other, decides upon the approval of loan installments.

While Sussex University professor Manos Mamatzakis was tipped to replace the outgoing president Panos Tsakloglou and even accompanied him to London last week for the informal Euro Working Group sessions, the government ultimately decided to appoint Christodoulos Stefanadis in the position.

The announcement was unexpected as Mr. Mamatzakis was being introduced as Mr. Tsakloglou’s successor and is ten-year experience as an SOE member who participated in the negotiations seemed to ensure his appointment. It appears however that the new Minister of Finances preferred to appoint someone whom knew well.