The local government elections sent a clear message in all directions. New Democracy saw its candidates in Attica fail to make it through to the second round, but… 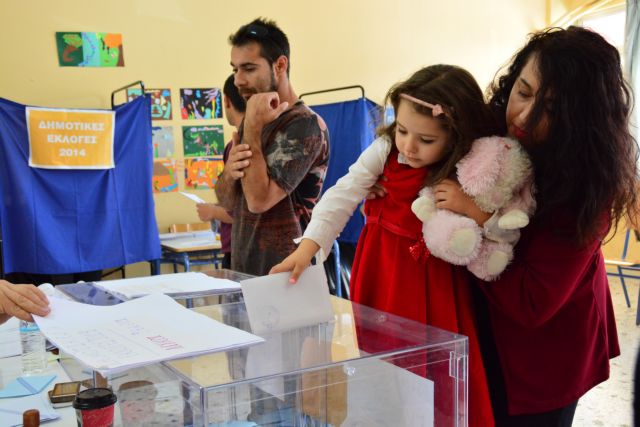 The local government elections sent a clear message in all directions. New Democracy saw its candidates in Attica fail to make it through to the second round, but at the same time it managed to win the district of Epirus in the first round and claim another 11.

Without a doubt, new Democracy’s performance outside of Attica exceeded the party’s expectations. The battle in Attica was lost because they nominated one a tired and worn out party member and an MEP who had been away for a long time.

One could say that the consequences of the great financial crisis are articulated to the greatest possibly extent. The common belief is that New Democracy performed better than expected in the local elections.

Conversely, one could say that SYRIZA triumphed in Attica and Athens, but the opposition party’s candidates in the rest of Greece failed miserably. Overall, the momentum which the party believed it had in local communities was doubted and questions have been raised as to whether its voters have changed since the June 2012 elections.

Many feel that SYRIZA’s voting power is similar to that from May 2012.

That would explain how the exit polls last Sunday were so wrong, when they polling companies took into consideration SYRIZA’s results from June 2012. If they had used the results from May 2012, they would have had a better idea of Mrs. Dourou’s performance and would not have controversially overestimated it.

The performance of the Olive Tree in the local government is rather impressive, especially considering how the center-left parties are haunted by the crisis. The Olive Tree’s results demonstrate that while, at least socially, they still exist, they are under-represented due to all the wear-and-tear of the parties.

Last Sunday’s elections also show that the Communist Party is still strong and it is bouncing back from its decline in previous years.

Meanwhile DIMAR and ANEL are fading away.

We cannot ignore the fact that the intermediate ecologist and liberal parties were crushed by the other political forces, unable to escape their elitism.

Golden Dawn on the other hand, despite its leadership being detained in prison, appeared strong and able to increase its influence. The neo-Nazi gang has seemingly set roots and has appealed to the parasitic and shadow economy of Greek society, proving that it can persist despite the damage suffered and more importantly, that it has the potential to further increase its presence, so long as globalization continues to put the pressure on the European economies.

The local election results reveal the voting habits and tendencies of the electorate but they cannot predict how the people will vote in the upcoming Sunday.

The voting criteria on this Sunday will be different. Voters will make more political choices as they are not pressure by local leaders and the family ties of candidates.

There is however a correlation and one may take the risk of predicting that the differences between the two major parties will not be such that they will cause a major political problem.

Unless there are any major surprises next week, the government will continue to be in power for the foreseeable future and the opposition’s struggle for power will temporarily be put on hold.

In that respect, this summer will be all about tourism.

Politics will come back stronger in autumn, with two major problems to face: on the one hand Golden Dawn’s demand to release its leaders from prison and on the other the center-left parties will have to recover and find their living space, before they are swallowed up by the emergent New Democracy-SYRIZA bipartisanship.