Is the IMF jeopardizing the latest round of negotiations?

Four days have been left for the Minister of Finances Yannis Stournaras to come to an agreement with the EU, ECB and IMF representatives, after the … 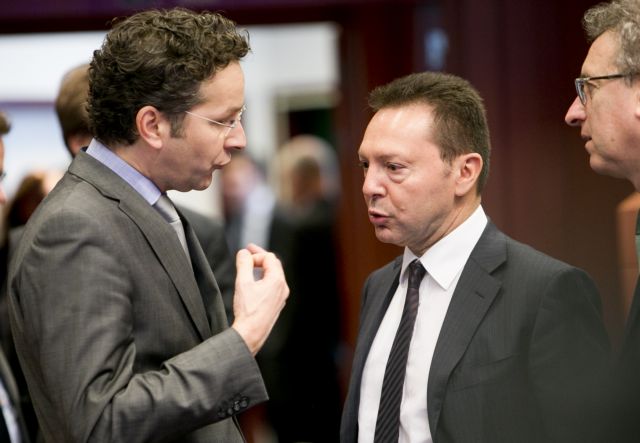 Four days have been left for the Minister of Finances Yannis Stournaras to come to an agreement with the EU, ECB and IMF representatives, after the Eurogroup head Jeroen Dijsselbloem imposed a strict deadline. The troika heads are scheduled to meet with the Finance Minister at 3pm on Thursday, after a five-day break.

An unnamed European Commission officer told To Vima that the possibility of coming to an agreement by Sunday was “realistic”, since nobody would benefit politically otherwise. The reservations of the IMF’s Poul Thomsen however may jeopardize the progress of negotiations. This is indicative by Mr. Thomsen’s stance in recent negotiations, where he raised employment issues “out of the blue”, taking many by surprise.

It has been argued that the IMF representative is playing the “bad cop” role in the current negotiations, in an effort to force Greece to sign up to a new bailout, while pressuring European to decide on further Greek funding and a debt reduction.

If Greece and the troika come to an agreement, Greece will collect 10.1 billion Europe and will be able to claim three 1.8 billion euro loan installments from the IMF (5.4 billion euros total). The IMF has argued that it will only pay out if the Greek debt is viable for the next 12 months.

With 15.5 billion euros (and the country’s future) at stake, , it is no wonder that the negotiations with the troika have lasted 172 days so long (they began on the 22nd September 2013). Meanwhile in Portugal the quarterly negotiations lasted just 10 days, while in Cyprus 15.

The points of negotiation