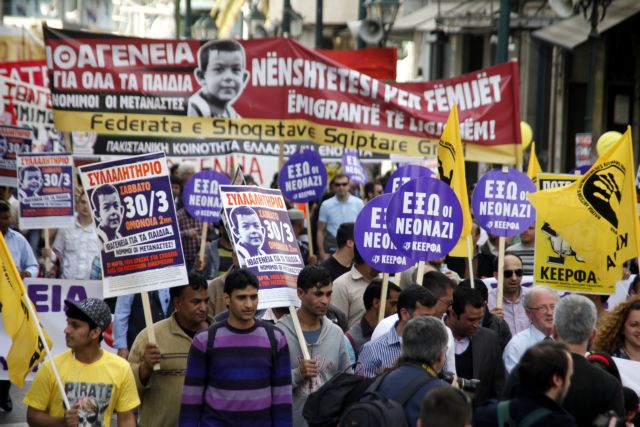 The Ministry of Interior recently decided to pass an amendment according to which expatriates and legally-residing nationals from third countries are not allowed to participate in municipal elections, prompting migrant clubs and anti-racist organizations to react.

A demonstration against what is being perceived as a racist amendment has been organized for Tuesday afternoon at 7pm outside parliament. The groups demand that it be withdrawn immediately and restore the right for everyone residing permanently in the country to have to vote and stand.

The protesters claim that the amendment is “another gift of Samaras to the Golden Dawn neo-Nazis” and stress that government policies are increasingly becoming racist, citing the tragedy in Farmakonisi, the brutal assault against migrant workers in Manolada and Golden Dawn’s racist pogroms, such as the murder of Shehzad Luqman in Petralona.