Samaras wants to roll out the «red carpet» for foreign investors 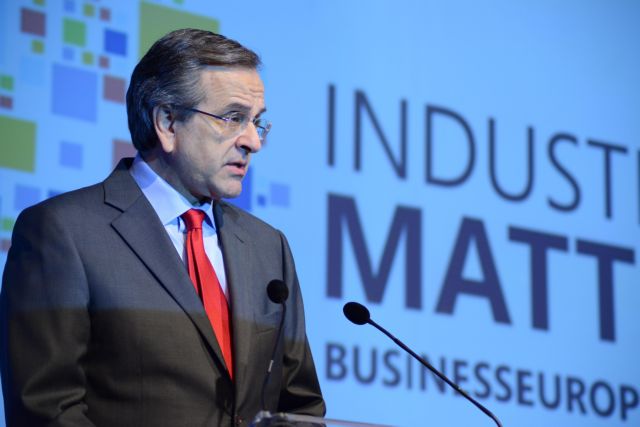 The Prime Minister Antonis Samaras spoke at Business Europe event in Brussels on the importance of industry and stressed the determination of the Greek government in carrying out bold reforms which put the emphasis on the country’s exports, in an effort to attract foreign investment.

Mr. Samaras highlighted his government’s efforts on a fiscal and structural level in an effort to reduce bureaucracy and red tape and claimed to “roll out the red carpet” for foreign investments.

Regarding the Greek presidency of he EU, Mr. Samaras stressed that a distinct strategy on the EU’s industrial and competition policy must be agree upon in time for the paramount Summit meeting in March. Mr. Samaras stated that measures must be taken to reduce the high cost f energy and to address the problems in the energy market.

Additionally, the Greek Prime Minister asserted that measures must be taken in order to support small and medium-sized businesses, such as reduction red tape and improving the efficiency of each EU member state’s tax management.