Schulz: “Apologizing is not enough” 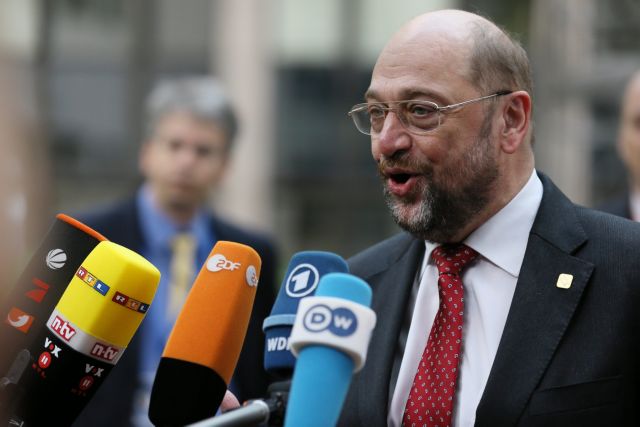 The President of European Parliament Martin Schulz gave an interview to Italian daily newspaper La Repubblica, where he professed that “it is not enough to apologize” and that responsibilities must be assumed for the austerity programs implemented in Greece, Spain, Ireland and Cyprus.

The German politician explain that, at the time, austerity had been presented as the only sustainable option, but now the IMF claims that the impact of the austerity measures were miscalculated, which in turn resulting in limited growth. Mr. Schulz believes that the troika’s internal structure was inefficient in solving problems and created more problems than it solved.

According to Mr. Schulz not only was financial growth interrupted, Europe was unable to regain the trust of the markets. The German politician asserted that “you cannot ask for a crazy haircut and then accuse the scissors for the damage”. Mr. Schulz revealed that the European Parliament’s Committee on Economic and Monetary Affairs has begun investigations on the troika’s actions in Greece, Ireland, Cyprus and Portugal in order to find out “how it was possible to prove so many theories wrong”.

Nevertheless, the President of European Parliament was hopeful that “despite the wrong choices imposed, the European countries will slowly begin to get back on track” and repeated the claim that Greece is expected to return to growth next year.