Michaloliakos: “I have condemned every act of violence…” 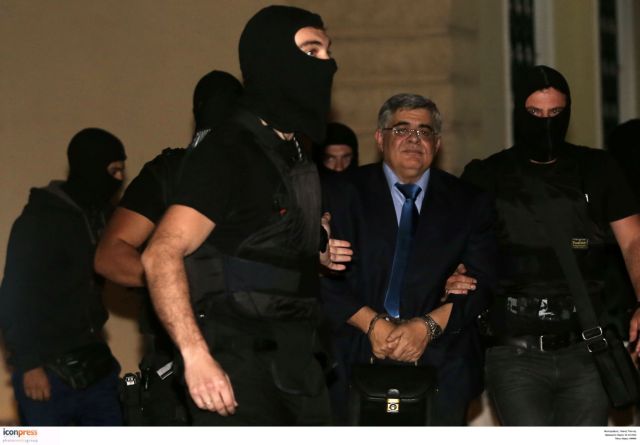 After five hours of renouncing his Nazi beliefs and other writings from his youth, the courts decided to detain Nikos Michaloliakos as they were not convinced from his arguments and believe that he will commit new crimes.

In his plea, Michaloliakos renounced the national socialism of interwar period Germany, all forms of violence and denied knowledge of any assault squads existing in his party. When asked what he meant about “taking to the streets”, he replied that he meant “legal gatherings” where he would denounce the “antidemocratic attitude” of other parties towards Golden Dawn.

He also stated that he does not agree with “writings from his youth” that he published in the Golden Dawn magazine 35 years ago. Michaloliakos argued that “Golden Dawn is not an army, I condemn such attitudes and attire, as well as the marching which, as I have said in a television appearance” and when asked about his party’s funding, he claimed that not only were the government subsidies the only source of income, but they also have 400,000 euros in their accounts.

Regarding the morning after Fyssas’ murder, Michaloliakos admitted to talking to detained MP Yannis Lagos over the phone, but only to discuss an upcoming Golden Dawn event.