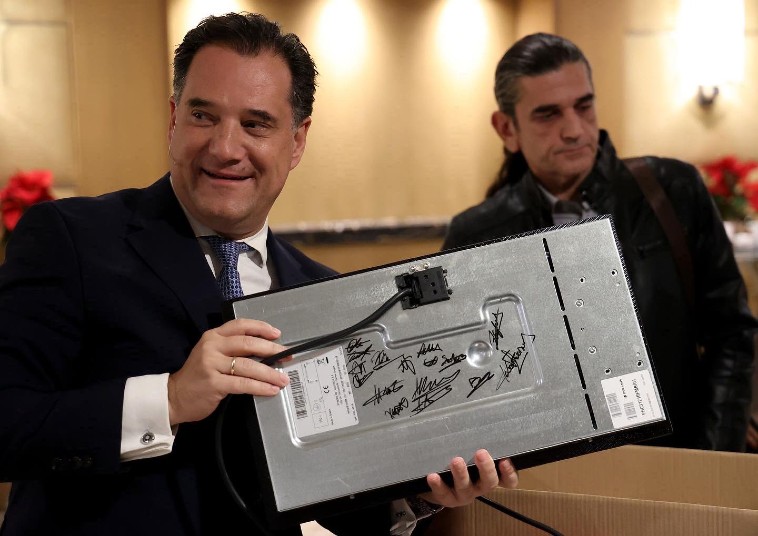 The Minister of Development foresees the FDI streak will continue

Greece will achieve record foreign direct investments in 2023 as well, estimated the Minister of Development and Investments Adonis Georgiadis, speaking at the 33rd Greek Economic Summit.

The minister noted that Greece is able to take advantage of the opportunities that exist in the international business environment and intensify its reform work, adding that “we want the elections to end quickly and to continue  reforms.”

He also stated that he was moved because upon entering the conference area, workers from the Pitsos factory, which is reopening, were waiting for him to give him one of the first kitchens produced by Pyramis, which had the signatures of the workers.

The minister noted his joy for his “successful” intervention, in order to reopen the factory and for the workers to find work again, but as he said, the satisfaction is greater, as it is understood that Greece can also be competitive in industrial production as technology and tourism alone are not enough.

With regard to foreign direct investments, the minister said that the data from the first quarter implementation of the development law are completely satisfactory, while there are several investment plans in the Recovery Fund and numerous applications for investments to the Regulatory Authority for Energy and the Independent Power Transmission Operator-IPTO “so we have already guaranteed that we will have record foreign direct investment for 2023 as well” as he noted.

He reiterated that Greece has an advantage in the development of RES and reminded that significant investments have been made in the country, both in tourism and in technology.

Finally, he noted the important contribution of the Hellenic-American Chamber for American investments in Greece.