“What occurred may have been in line with the letter of the law. I was not apprised [of the action] and obviously I would never have permitted it!” the PM declared. 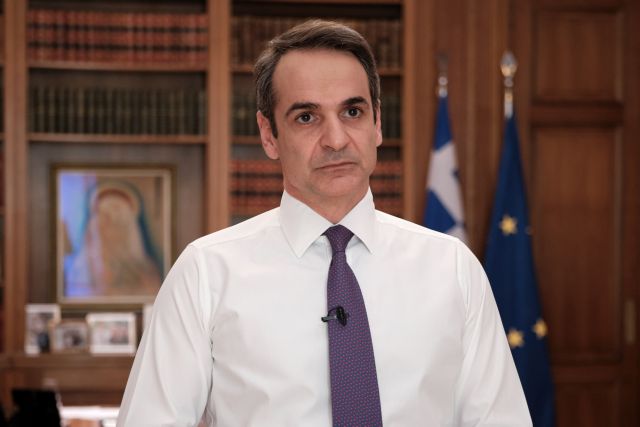 Surveillance ‘legal’ but ‘a political mistake’

The PM stressed that the tapping was legal, as it was approved by the competent prosecutor attached to EYP [appellate court prosecutor Vasiliki Vlachou], but that it was a “political mistake”.

He declared that he never would have permitted the action had he been briefed, although in accordance with a law passed by the ruling majority shortly after New Democracy was elected in 2019, the prime minister’s office has direct jurisdiction over and oversight of EYP, a function that was performed by his chief of staff and right-hand-man, Dimitris Grigoriadis, who resigned on 5 August at the PM’s request in order to assume the political responsibility for the affair.

Mitsotakis asserted that he was informed of the tapping just a few days ago, and that it ceased two days after Androulakis’ was elected PASOK-KINAL leader by the party’s base, “as the law provides”, suggesting that it is illegal to conduct surveillance of a political party leader.

No explanation of why Androulakis’ phone was tapped

The PM offered no explanation of the causes that led EYP to surveille a Greek politician and on what grounds the prosecutor approved it, and he blamed the intelligence service only for “underestimating the political dimension of the specific action”, implying that it was politically improper but legally legitimate to monitor a politician’s phone.

The Sunday newspapers carried a government leak that indicated Mitsotakis told his associates that he owes Androulakis an apology, none was offered.

“Although [the tapping] was formally adequate [legitimate], politically it is unacceptable. It should not have occurred, as it created fissures in citizens’ trust in National Security Services,” he said.

“Although it involved a prominent political div, [EYP’s] handling proved inadequate. Precisely for that reason the EYP director [Panagiotis Kontoleon] was removed from his post, while The Chief of Staff of the Prime Minister’s office assumed the objective political responsibility,” he added.

The PM did not clarify how political responsibility arises from a legal action.

“What occurred may have been in line with the letter of the law. I was not apprised [of the action] and obviously I would never have permitted it!” he declared emphatically.

Mitsotakis said that the Androulakis case showed that there is a “lack of additional filters”, a term the meaning of which he did not clarify, in the operation of EYP.

“The surveillance of a politician obviously should presuppose guarantees beyond the judgment of even an experienced and capable judicial functionary,” he said, referring to Vlachou’s permission for EYP to monitor Androulakis.

He said that not only in Greece but in most European democracies intelligence and security services are placed under the jurisdiction of the head of the government or the head of state.

Mitsotakis said that EYP’s “operational adequacy” must be improved and that there must be a comprehensive review of the framework of its political oversight.

He noted that the government immediately accepted Androulakis’ request for a parliamentary probe of the affair, which requires a parliamentary majority, hence that of ruling ND MPs.

The PM said he is open to ideas from other parties that will improve the operation of EYP by incorporating best practices from foreign countries and “bolster mechanisms of accountability of a service that is so critical for the country’s security”.

Mitsotakis said he intends to immediately push through a governmental executive decree with the force of law [formally issued by the President of the Republic] to bolster guarantees regarding legal surveillance.

The PM announced four major areas of the reform of EYP and the country’s national security services.

They are: Enhancing EYP’s accountability and parliamentary oversight by the competent committee on institutions and transparency, upgrading the role of the National Security Council in order to more effectively utilise intelligence from EYP, bolstering the framework of [guarantees regarding] legal surveillance of politicians, and an internal shake-up in EYP in order to strengthen internal controls, extroversion, and the training of personnel.