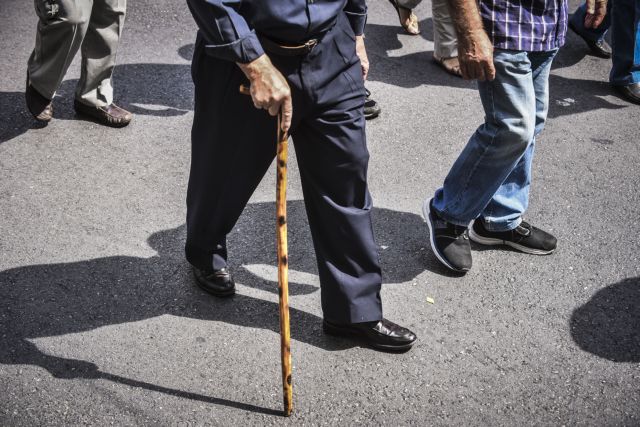 The projection of the official demographic data of the country, in the year 2070 shows that under the current demographic conditions the workforce of Greece is estimated to be 3.201 million people from 4.656 million people

The reduction in births and the doubling of the elderly is a -potentially- demographic time-bomb that puts the future of the insurance system and the possibility of providing guaranteed -in terms of amount and continuity- pensions in doubt .

This ominous forecast is made by the government itself through the Ministry of Labor, which predicts that in 2060 42% of the country’s population will be over 62 years old. This means that it will dramatically worsen the “health relationship” of the insurance company, ie the employee-retiree ratio that a retiree will have for an employee.

The Deputy Minister of Labor and Social Affairs, Mr. Panagiotis Tsakloglou, does not stop mentioning in each of his speeches that “the demographic risk in terms of pensions is too great to whistle indifferently”.

In fact, he emphasizes that in 2030 Greece will be the oldest country in Europe and with the current system of generational compensation – today’s workers paying the pensions of today’s retirees – the future will not be long in coming.

He believes that in order to mitigate the effects of the demographic problem on the insurance system, solutions are provided through the conversion into a capitalization of the existing distributive character of the second insurance pillar – that is, the auxiliary insurance.

The new supplementary system has the “great advantage of minimizing the demographic risk to pensions”, he notes.

One retiree for each employee

Indicative of the demographic risk are the data submitted by the Ministry of Labor to the Parliament according to which in the last 40 years (1980-2020) the number of young people under 25 decreased by 35%, births decreased by 44% and the elderly (over 65) almost doubled (+ 93%).

It is becoming clear that the repeated reductions of pensions and the increase of retirement thresholds become – in the long run – inactive, if no solutions are found to the acute demographic problem of the country, as well as to the loss of system revenues, due to the explosive rise of flexible employment.

The projection of the official demographic data of the country, in the year 2070 (by the university researchers Messrs. S. Robolis and V. Betsis), shows that under the current demographic conditions the Greek workforce is estimated to be 3.201 million people, down from 4.656 million people, while the number of retirees will reach 2.820 million retirees from 2.494 million retirees.

“This fact significantly affects, among others, areas such as health care and social security,” said the two researchers.

The main features of the supplementary pension reform, according to the government plan, are as follows: it is based on the diversification of insurance risk, thus reducing the system’s overexposure to “demographic risk”.

It has a public character, it protects the existing pensions – main and auxiliary – it creates savings, a significant part of which will be allocated for financing investments in the country. It also promotes transparency in the management of policyholders’ resources and restores confidence in the social security system, creating strong disincentives for uninsured and undeclared work.

1. Supplementary insurance remains public and is gradually transformed from distributive to capital. It is part of social security and provides the corresponding guarantees.

2. It includes new entrants with the obligation of auxiliary insurance and optionally employees under 35 years of age.

3. Each insured person has his / her personal piggy bank and receives his / her pension from this. Young people’s contributions are not used to pay the supplementary pension of current retirees, but are saved and invested.

4. It is possible to choose the investment – from the insured – through a small number of investment profiles. Management is done by professionals, while strong supervision, control and transparency are provided.