Changes in the profile of tourists visiting Western Crete

According to research, the mix of nationalities is changing, as only three out of ten foreign visitors are Scandinavians, while the Germans show the same percentage overall 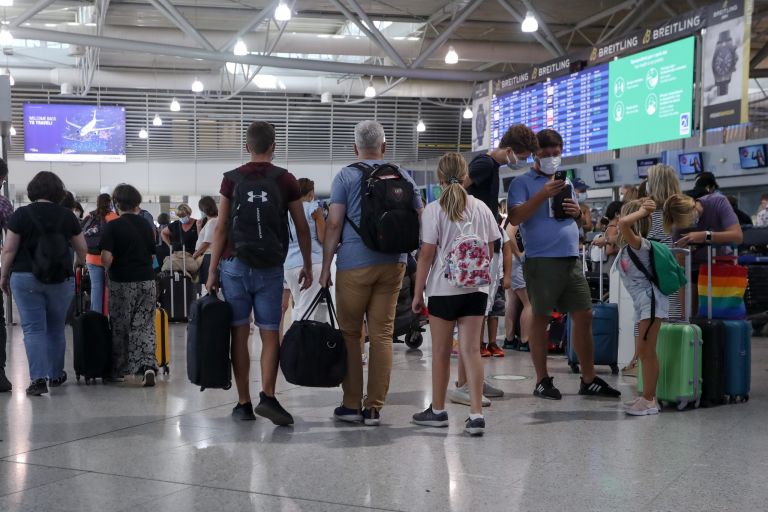 Significant changes in the profile of tourists who visited Crete this summer, through Chania airport, are recorded by the first data of the Tourism Observatory survey concerning the period up to mid-August.

According to the survey data, apart from the significant increase in traffic at Chania airport, compared to 2020, by 345%, it is observed that the mix of nationalities is changing, since only three out of ten foreign visitors are Scandinavians, while the same percentage, as before, is shown by the Germans as a whole, occupying the second place, respectively, out of the total arrivals.

The Poles, whose presence began to be felt in 2017, are now a significant segment of visitors, followed by French and visitors from the United Kingdom in fourth and fifth place. Especially for the tourists from the United Kingdom, the increase recorded in the arrivals of August, is able to bring them to the top of the arrivals at the end of the season. Noteworthy is the very low percentage of Norwegians and Finns this year, for the second consecutive year, falling behind the last places on total arrivals, while last year, before the coronavirus era, they always held the first places.

According to the survey, six out of ten foreign tourists are up to 34 years old, an increase of this young age group, while the age categories over 55 show a significant decrease for another year. Also, the research records an increased percentage of foreign tourists who visit Western Crete for the first time.

Family vacations remain in the first place, this year there is an increase of tourists who choose vacations with their partner or with friendly company, due to the arrival of more young people, while there is also a big difference in the way of booking accommodation and organizing vacations, since a fairly high percentage and specifically seven out of ten foreign tourists preferred to carry out the relevant actions of the trip themselves and not through a travel agency and agent.

Regarding the satisfaction of foreign tourists from various services offered, they continue to be completely satisfied with the services offered by the accommodation and dining areas as well as with the behavior and hospitality of the locals. They continue to express their dissatisfaction with the poor condition of the road network and the cleanliness of the urban fabric, but with reduced rates compared to previous years. There is an improvement regarding the bicycle paths, while there is relatively little concern regarding the existence of limited parking spaces and the need to widen sidewalks, mainly in the city of Chania.

It is worth noting, especially this year, the strong complaints expressed by foreign tourists about the difficulty of finding available rental vehicles and taxis. Those who manage to find a means of transportation, choose the beaches mainly of Elafonissi but also those in Falasarna and Balos, while an equally significant number of tourists visit monasteries and churches, while on the contrary there is no similar preference for visits to archeological sites.

Regarding the local agricultural products, the foreign tourist is very satisfied with the local characteristics of these products, while olive oil tops their preferences, followed by wine, distilled spirit tsikoudia, local cheeses and fresh orange juice.

Regarding the health safety of the destination, eight out of ten foreign tourists have stated that they consider Western Crete as a health safe destination, while being satisfied with the strict observance of the safety measures and the health protocols in relation to the coronavirus in the areas of hospitality and catering. The general level of security that visitors feel in Western Crete, reaches 90% this year, a number that may be the highest in five years.

The research is carried out at Chania Airport with coordinated scientists from the Mediterranean Agronomic Institute, the Polytechnic, the University of Crete and the Hellenic Mediterranean University.