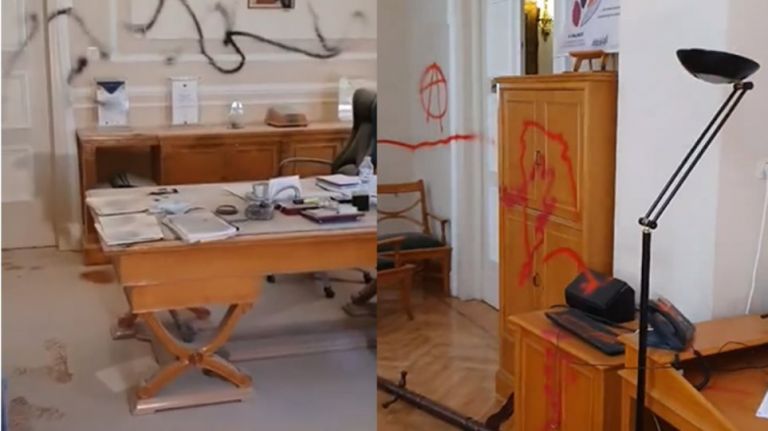 The peculiar tolerance that all sorts of vandals and self-styled anti-authority groups have enjoyed under successive governments and rectors cannot continue.

Albeit belatedly and only after the deplorable humiliation of the rector of Athens’ Economic University the government at long last appears determined to put an end to the pattern of illegality and lawlessness that has prevailed in Greek universities for decades.

The peculiar tolerance that all sorts of vandals and self-styled anti-authority groups have enjoyed under successive governments and rectors cannot continue.

Their unhindered actions make a mockery of democracy and institutions.

There have been countless incidents of violence over the years on university campuses that have been addressed with knee-jerk, timid, and ineffective initiatives.

It is no easy matter for the government of PM Kyriakos Mitsotakis to achieve its objective of establishing order in universities.

Its pledges until now are a far cry from its deeds.

Implementation of its plan will be met with intense reactions.

The personnel that will be hired to police campuses must be well-trained and always operate within the framework of the law.

This project must succeed because there is no other choice.

Security is the obvious precondition and offers the requisite environment for achieving progress and disseminating knowledge.

Greek universities should at long last be comparable to and competitive with universities of other European countries.

Greece has excellent human capital but an effective framework is needed for it to function.

Obviously, restoring order in universities is not enough to transform tertiary education in Greece.

Yet it can serve as a starting point for a review of all the dysfunctions and weaknesses at all levels of the educational system.

All sides must contribute constructively, because this a national issue of huge importance.