At this juncture one can see how correct the decision of the economic team of the previous government was to shield the budget and endow it with a cash buffer that can prove extremely useful. 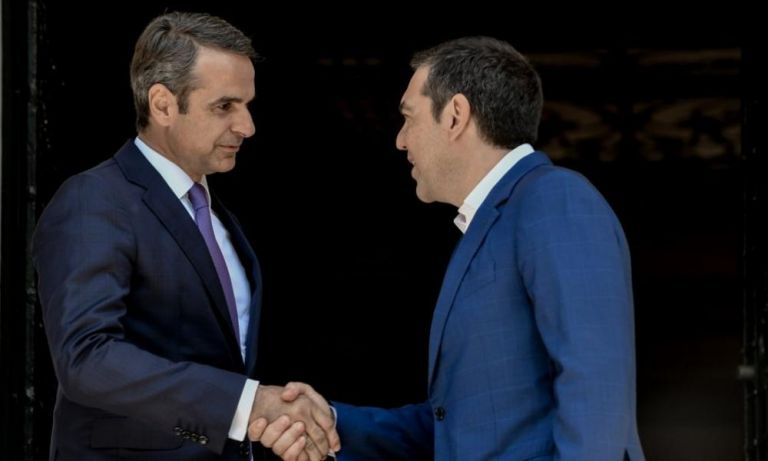 Year-end and New Years’ editions of newspapers less than three months discerned an unstable and uncertain world but obviously even in one’s wildest dreams one could not have imagined the intensity and weight of current conditions.

The simultaneous public health and national security crises with which Greece is confronted demonstrate that those who hastened to declare that the end of the bailout memorandum era signals a return to “normalcy” were off the mark and that those who believed and propagandised that the result of the July, 2019 general election solved the country’s problems were hasty and imprudent.

Alas, real life is much more complex and full of surprises that can test the readiness of even the most organised crisis management system.

Let us not harbour illusions or delude ourselves.

Without having really recovered from the enormous ten-year economic crisis the country faces two parallel crises that must be managed simultaneously.

The state must at once protect human lives and manage the economic repercussions from a general lockdown which if it turns out to be protracted can plunge the economy into a new debt crisis.

Already the yield on Greek ten-year bonds climbed to over four percent only to fall to two percent after Greece’s inclusion in the European Central Bank’s quantitative easing programme,  but even that was above the yield in February.

The truth be told the fiscal problem has not been solved. It constitutes a continual threat and public finances can be derailed at any moment for a variety of possible reasons.

Unfortunately, the country remains fragile and is exposed to a host of dangers.

One must always be conscious of that and behave accordingly.

At this juncture one can see how correct the decision of the economic team of the previous government was to shield the budget and endow it with a cash buffer that can prove extremely useful under the current conditions of multiple threats and dangers.

It is clear that there is no room for dogmatism and ideological fixations.

On the contrary, the many asymmetric threats mandate cooperation, a common understanding, and joint action.

The prime minister with his recent national address showed the way and the main opposition party – at least those who see the need for consensus – understands that the current crisis can bring political forces closer together and permit agreements and joint action – at least on the basics.

The preconditions exist to create a fundamental framework in order to reach an understanding and transcend the divisions of the past decade.