‘We must send the message the country is changing’ Mitsotakis says 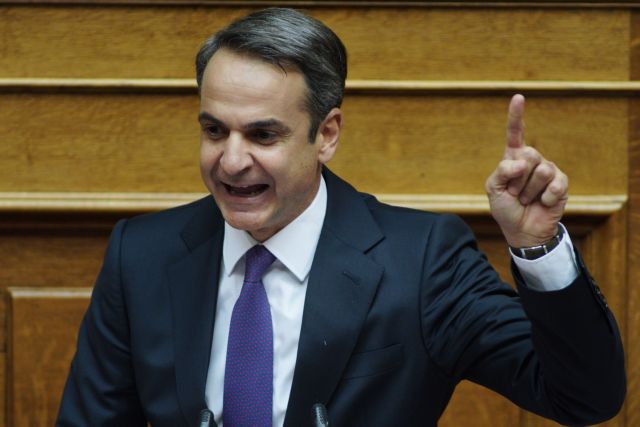 Prime Minister Kyriakos Mitsotakis said that his government must send the message that the country is changing for the better in his second address to Parliament before receiving a vote of confidence.

Mitsotakis also welcomed the low-key rhetoric of the opposition as a sign of a new, more moderate political culture.
“The country is acquiring stability domestically and credibility abroad. The people placed their trust in us. We bear a weighty responsibility. Not a day will pass in which I shall not attempt to make the lives of Greeks better,” Mitsotakis said.

Mitsotakis rejected former PM Alexis Tsipras’ assertion that, “New Democracy did not defeat populism but rather cultivated it.”

Mitsotakis called upon Tsipras to adjust to today’s realities and recognise that he lost the 7 July general election.

“It is not us that call you liars and populists. It is the Greek people,” Mitsotakis declared.

“We shall not betray the expectations of citizens. Mistakes will be made but our dedication to our central aim will not be able to be disputed. Fewer words and more actions,” Mitsotakis said of his future plans.

“This Parliament must become the mirror of a country that is changing. I shall not allow a day to pass without utilising the power that citizens gave me to make their lives better,” Mitsotakis declared. Mitsotakis said that the country is passing from an era of poverty to an era of investments and the creation of new wealth.

“The ENFIA real estate tax will be cut immediately and the related draft legislation will be passed on an emergency basis next week,” Mitsotakis said.

Mitsotakis maintained that lowering the primary surplus targets is feasible “when we demonstrate in practice our reform dynamic”.

“As fate had it the twins of catastrophe [Tsipras and Varoufakis] of the first six months of 2015 are represented in the same Parliament and you will offer us advice on how to negotiate with creditors? In the first six months of 2015 you combined arrogance and immodesty and brought upon us the disaster that led to the closure of banks and a new, unecessary bailout memorandum. It was New Democracy [by voting for the third and last bailout memorandum] that kept Greece on its feet. It is too much for you [Tsipras] and Mr. Varoufakis to give us lessons in negotiations,” Mitsotakis said.

The PM stressed that security is an absolute priority for his government and that it will do whatever is necessary to instill a sense of security in citizens.

“We shall defeat lawlessness in prisons. Universities will be handed back to students and professors,” Mitsotakis said regarding his intention of abolishing university asylum.