The looming issues are the Greek government’s hopes of lowering the 3.5 percent of GDP primary surplus target and granting generous tax cuts (business, real estate, etc.), in order to spur an economic restart. 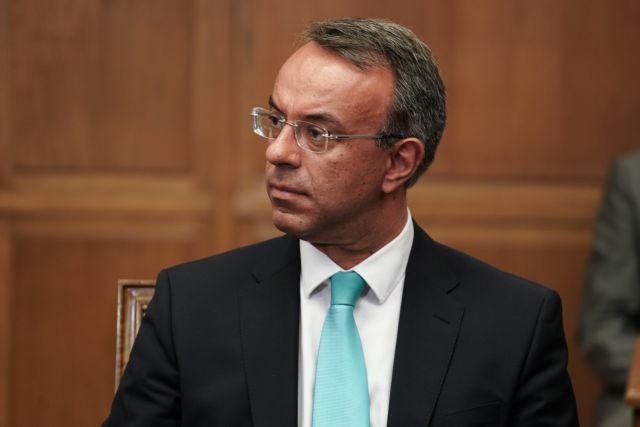 Just over a week after New Democracy’s rise to power, incoming Finance Minister Christos Staikouras has held his first meeting with the executive director of the European Stability Mechanism (ESM), Klaus Regling, Greece’s main lender, who is in Athens for The Economist’s 23rd Roundtable with the Government of Greece.

According to the official readout the agenda focused on “the state of the Greek economy, the country’s commitments, the priorities of the new Greek government, and its economic challenges and prospects”.

Behind the scenes, however, among the looming issues are the Greek government’s hopes of lowering the 3.5 percent of GDP primary surplus target and granting generous tax cuts (business, real estate, etc.), in order to spur an economic restart.

Athens also hopes to scrap a legislated lowering of the tax-free threshold as of 2020.

Mitsotakis and Regling discussed the current conditions in the Greek economy, Athens’ commitments, the new government’s priorities, and the challenges and prospects of the economy.

A Greek finance ministry announcement said Staikouras and Regling agreed “to continue a close and constructive cooperation for the benefit of Greece and its citizens and to intensify the effort for European integration”.

In a marathon of contacts with Greece’s lenders and partners, Staikouras also held talks today with the head of the IMF’s team in Athens, Peter Dolman, and with Eurogroup President Mario Centeno.

On 16 July the Greek Finance Minister is scheduld to meet with European Commission mission chief in Athens Declan Costello, on the sidelines of the Economist’s «Europe: leaving indecisiveness behind?» conference, which will be held on 16-17 July in Lagonissi on the Attica coast.

According to the Finance Ministry, the taxation bill the new government intends to introduce will be reviewed by Greece’s creditors before it is tabled in parliament.