WSJ profile says that in Mitsotakis voters return to establishment

The profile raises questions about whether Greece’s creditors and European partners will be persuaded of the basic tenet of New Democracy’s platform, that it can bring the four percent growth rate it says will pay for deep tax cuts. 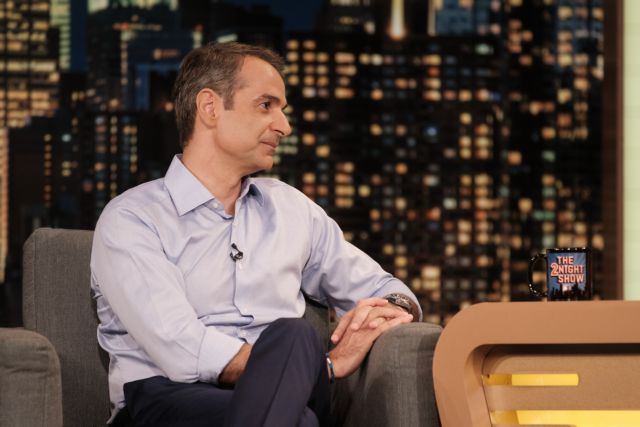 Just 10 days before Greece’s general election, a Wall Street Journal profile depicts New Democracy leader Kyriakos Mitsotakis as an Ivy League scion of one of Greece’s three top political families to whom voters are turning in order to seek refuge in the ostensibly safer harbour of the old political establishment.

“Mr. Mitsotakis has an M.B.A. from Harvard, where he did his undergraduate studies, and another master’s degree from Stanford; he worked for Chase Manhattan Bank and McKinsey & Co. before running venture-capital funds in Greece. When he was Greece’s minister for administrative reform in 2013-15, officials from Greece’s international creditors said they viewed him as highly professional and reform-minded, in contrast to some other Greek ministers who resisted change,” the WSJ reports.

In her profile, for which Mitsotakis declined to be interviewed, Athens Correspondent Nektaria Stamouli highlights both the basic planks of Mitsotakis’ reformist platform, such as deep tax cuts and a radical restructuring of unwieldy and ineffective state structures, as well as the deep challenges and resistance he is likely to meet both in his own party – in which many, accustomed to old-party patronage, view him as too much of a straight arrow and free marketeer – and in the bureaucracy.

The profile raises questions about whether Greece’s creditors and European partners will be persuaded of the basic tenet of New Democracy’s platform, that it can bring the four percent growth rate it says will pay for deep tax cuts – business tax, real estate tax, tax on dividends etc.

“The challenges for Mr. Mitsotakis, if elected, would include reforming a Greek state that has defied many attempted overhauls, convincing Germany and other lenders that his tax cuts will pay for themselves via better growth, and getting his own party to break with old habits of political patronage,” the report states.

Throughout Greece’s ten-year economic depression, the dirtiest words in dealing with creditors, who micromanaged the economy, was “unilateral action”.

Now that Greece has completed its third and last bailout memorandum, Mitsotakis according to the report hopes he might have greater leeway if creditors buy his arguments.

WSJ reports that Mitsotakis is dead set on having the first round of his government’s tax cuts take effect on 1 January, 2020, and that as far as relations with creditors go this is non-negotiable.

“Mr. Mitsotakis this week vowed a first round of tax cuts as of Jan. 1, 2020. He said the cuts were non-negotiable with European creditors and that Greece would hit its debt-reduction targets by doubling its economic growth to 4%, from around 2% currently, reducing state spending and improving tax collection,” Stamouli reports.

The old conservative guard is wary, according to the report.

“Despite his family background, Mr. Mitsotakis faces much skepticism in his party, whose veteran politicians are often more comfortable with doling out favors to groups of supporters than with transparent government and economic competition.”

The so-called “social right” has long been a strong current in Greece’s conservative party, a current that placed an emphasis on social spending, which the party leader’s emphasis on fiscal discipline and Greece’s obligations to creditors will necessarily severely restrict.

The report presents Mitsotakis argument that Greece’s EU creditors and partners will cut him some slack due to his devotion to reforms and will agree to lower the 3.5% of GDP primary surplus target, but it also notes partners’ reservations.

Stamouli quotes a Greek economic analyst’s opinion that the numbers may not add up.

“Mr. Mitsotakis’s proposed tax cuts, if enacted in one go, could lead to Athens missing the target by up to 1.5 percentage points… it will be a challenge to find savings of the required scale to implement the ambitious tax cuts that have been promised,” said Yiannis Mouzakis, co-founder of Greek analysis website MacroPolis.

However, Mitsotakis has said that the tax cuts will be implemented gradually.