Editorial: They don’t even want to hear about SYRIZA

One after another, mayoral candidates are issuing statements denying any link to SYRIZA and declaring that they do not want its support. 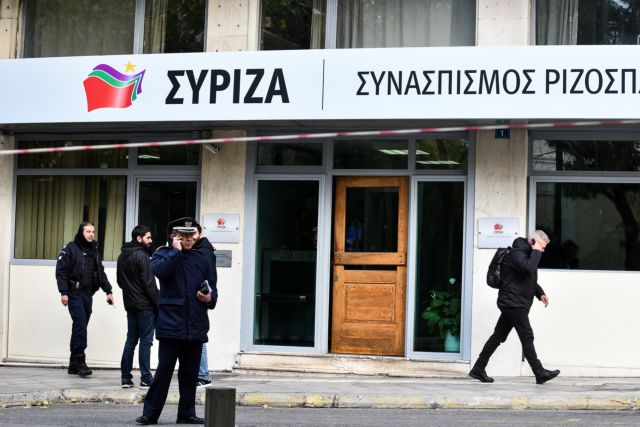 It is unprecedented for mayoral candidates to reject the support of a party and completely dissociate themselves from it, as is now the case with SYRIZA.

It is yet another indication from cadres who are in close contact with local communities that citizens have completely turned their backs on the ruling party.

There is no party machine and SYRIZA has been unable to draft viable tickets for municipal and prefectural elections.

With its usual ease and deceptive tactics, the party rushed to disguise its predicament by announcing its support for dozens of tickets nationwide.

One after another, mayoral candidates are issuing statements denying any link to SYRIZA and declaring that they do not want its support.

Obviously they know very well that such support will alienate their prospective voters.

What is peculiar is that even candidates who are SYRIZA cadres reject their party’s support and do not want anything to do with it!

The PM and ministers may criticise opinion polls and attack the media that publish them, but harsh realities come along to belie them.

If the ruling party truly had a current of support in society, mayoral candidates would seek SYRIZA’s support and not renounce it.

Now SYRIZA is talking about other parties exploiting candidates who should be independent from parties’ interests and about tickets with a varied political composition.

Even in the very few large cities in which SYRIZA is backing a candidate, it appears that they will not even place second so as to make it into the second round.

Unfortunately for Mr. Tsipras, citizens now realise that they have been repeatedly fooled by hollow promises.

Demagoguery, untrammeled populism, relentless polarisation, and electoral handouts no longer do the trick.

The stance of mayoral candidates is a resounding warning signal for Mr. Tsipras regarding the results of the 26 May elections.