Stournaras: Polakis recorded our conversation without my consent

Secretly recording a conversation without the consent of the other party or parties is a felony punishable with a jail term of up to 10 years. 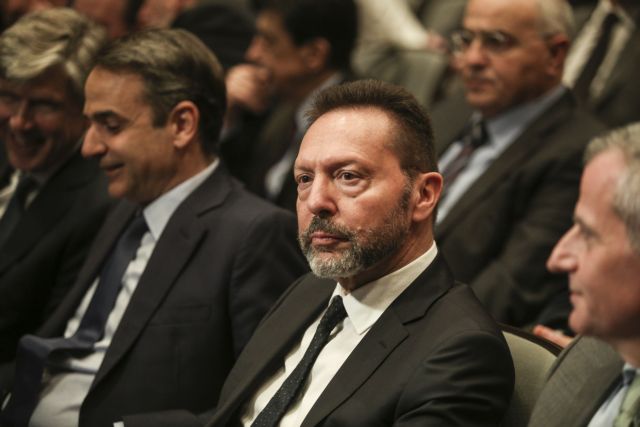 Bank of Greece Governor Yannis Stournaras today told Athens lower court prosecutor Haralambos Mastrantonakis that he is convinced that Alternate Health Minister Pavlos Polakis surreptiously recorded their conversation when Polakis called him following reports that the Bank of Greece was probing a 100,000 euro loan that the minister was given by Attica Bank.

Polakis in that conversation threatened Stournaras that he would come to the central banker’s office and not leave until he would order a probe of loans given to political parties, enterprises, and other individuals.

Secretly recording a conversation without the consent of the other party or parties is a felony punishable with a jail term of up to 10 years. It is not a crime when the discussion involves threats or invective and when the recording is conducted in public.

Though the detailed transcript of the conversation was published by the pro-government newspaper and website Documento, Polakis later denied that he had recorded the conversation.

In the interim, the Athens lower court prosecutor’s office ordered an investigation.

Stournaras was questioned for over two hours and reportedly expressed the firm conviction that Polakis had recorded him based on a number of elements.

He said that Polakis told him that he was recording him and proceeded to do so without his consent.  Stournaras also argued that Polakis could not have possibly remembered the conversation with such detail and accuracy.

It was also mentioned that if Polakis had not wanted to record the discussion he could have called Stournaras on a three-digit secure state phone line.