There is a serious danger, despite the fact that consumption is not increasing, of a burgeoning trade deficit, with obvious consequences for macroeconomic imbalances. 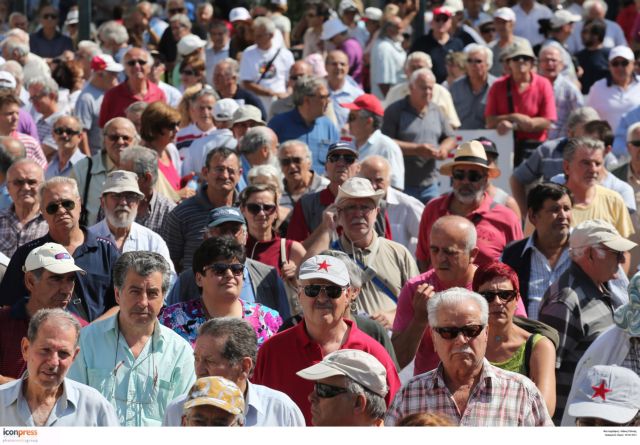 If one is to believe the prime minister, Greece is ready to make the Great Leap Forward, as Chairman Mao, who admirer he once was, used to say.

As a skilled captain, as he said in Kalymnos, he is ready to lead us to calm waters, without storms and travails. He said the country has exited the crisis and that there is money to be spent, which is why every time he steps out of his office he offers some handouts.

It would be very nice and convenient if that were true. Despite Mr. Tsipras’ proclaimed success story, the situation is not at all rosy, as he would have it.

Just yesterday, the Organisation for Economic Co-operation and Development (OECD) announced that Greece tops the list in terms of taxation, thanks to the government’s economic policy, which is designed to allow it to celebrate its distribution of benefits and handouts.

The data on growth that were announced demonstrate a dramatic drop in investment in the third quarter. That means not only that the productive structure of the economy is not being renewed, but also that it is being continually downgraded.

It is indicative that in the third quarter investment was slightly above 6bn euros, compared to 17.2bn in the same quarter in2007.

The data shows that as a result, the importation of goods has rapidly increased over the last months, limiting the benefits of a rise in exports.

Hence, there is a serious danger, despite the fact that consumption is not increasing, of a burgeoning trade deficit, with obvious consequences for macroeconomic imbalances. That danger was underlined recently by Parliamentary Budget Office.

Today’s fiscal balance is due to the great sacrifices of the Greek people and not economic growth.

With Mr. Tsipras’ rampant electoral pledges, it is very easy for that to be derailed.

The ability of citizens, including professionals and businesses, to meet their tax obligations is now on a razor’s edge. Investments that could provide an impetus for the economy are not coming.

The result is that the course of the economy remains fragile, and it is imperiled by domestic and international factors.

Mr. Tsipras, with a view to the next elections, has demonstrated that he has not transcended his old, bad habits.

He is cultivating hopes and offering promises, because by now he knows very well that the price of self-deception is very high, but it is not the PM who is paying. It is society and the economy.