Editorial: The uncertain step on pensions

It is obvious that the final decision on pension cuts, which will be made in early December, will have a political aspect, as the climate in Europe, and especially in Germany after October’s elections in Bavaria, will be taken into account. 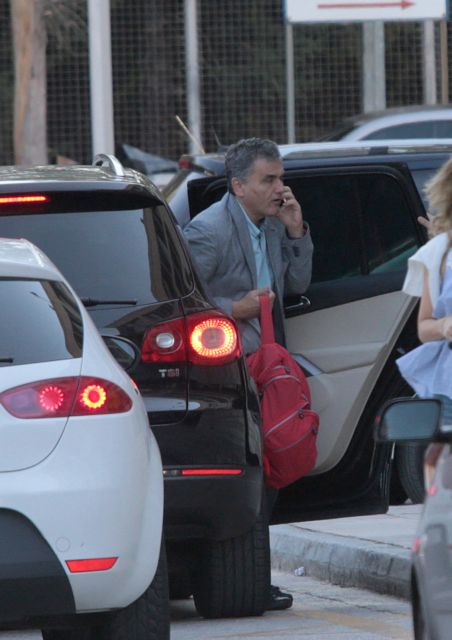 The tabling of the draft budget in parliament on the one hand reflects the intentions of the government on the issue of pension cuts , and on the other it confirms that the problem cannot be transcended without the consent of creditors,.

It is also clear that the government avoided acting unilaterally, as it knew very well that this would provoke intense reactions, at least from some of Greece’s partners.

Hence, the government is registering its will, arguing that even without pension cuts the 3.5 percent primary surplus target will be met.

In essence, however, it accepts the fact that fiscal policy remains under the supervision of creditors.  They will determine whether the assumptions on which the draft budget is based  – a 2.5 percent growth rate and a 3.56 percent primary surplus – can be achieved without resorting to the politically painful pension cuts measure.

It is also obvious that the final decision, which will be made in early December, will have a political aspect, as the climate in Europe, and especially in Germany after October’s elections in Bavaria, will be taken into account.

The climate prevailing in the markets will also play a role, as the corresponding draft budget of the Italian government is already causing turbulence, which clearly has affected Greek bonds.

The manner in which the government will handle a problem that is crucial for its survival also depends on the political balances within its ranks.

The question is whether logical voices that maintain that the problem can only be handled consensually with creditors will win out, or whether Mr. Tsipras will listen to those who insist that electoral calculations take precedence, and that pensions cannot and should not be cut under any circumstances.

Judging by the directed articles against Finance Minister Euclid Tsakalotos and the economic team, the sub rose war rages on.

By necessity, pensioners will have to wait until the last minute to see which policy  will prevail domestically and abroad,  in order to know how they will have to arrange their daily lives from now on.