Government attempts to shift the agenda with bailout exit

The international economic juncture, combined with the market tumult triggered by Turkey’s economic crisis, does not favour Greece, given the lack of trust in the course of the Greek economy. 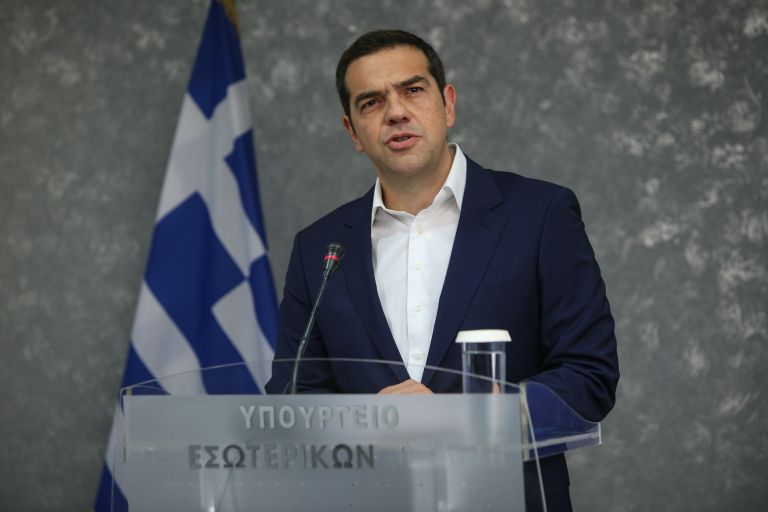 Share
Pinning its hopes on a change of the political agenda, Prime Minister Alexis Tsipras and his advisors believe that they have left behind the toughest challenges and that their next step towards redemption is the bailout exit.
Despite the guardedly optimistic statements of Finance Minister Euclid Tsakalotos, the day after the exit will not be as rosy as the government would like to depict it.
The international economic juncture, combined with the market tumult triggered by Turkey’s economic crisis, does not favour Greece, given the lack of trust in the course of the Greek economy.
The climate is not favourable for the country, as one might have expected it would be given the bailout exit. That is reflected in the international press, which is still speaking of the country’s bankruptcy. It is also reflected in a series of facts.
The Greek stock market reflects anything but expectations and hope, and the returns on Greek bonds are at forbiddingly high levels for the country’s borrowing.
The government is simply waiting for the moment when it can announce handouts and tax cuts. That would further undermine trust and the efforts to restructure the economy, which continues to be weak.
The ‘invalid’ exit of 20 August

With all that in mind, the PM’s advisors are poised for a new effort to depict reality, based on the bailout exit.

Having abandoned plans for a grandiose bailout exit ceremony, Tsipras is expected to proceed with a public accounting of the government’s course until now, with the aim of raising the morale among voters and party cadres.
After that, it hopes to shift the political debate towards the economy, which the prime minister paradoxically believes favours him and his government.
Market players and political cadres insist that all that has happened in the country over the last weeks has created an environment of political and general uncertainty. The government’s performance has appeared inadequate, and that has been noted by international players.
It remains unclear how the government will act, as a focus on reforms and bold changes is considered unlikely. Any prospective effort to garner votes with handouts is viewed with suspicion abroad and by creditors.
Moreover, there is increasing uncertainty about when elections will be held, which impacts on the prospects for investment under the current conditions.
Awaiting the cabinet reshuffle
In the government, there is rampant talk about the reshuffle. Some, but not all, believe that it can give Tsipras the momentum for a political restart. That assessment reveals how distant the government is from actual conditions, and its inability to accept the position in which it finds itself.
Given this atmosphere, leaks about the nature of the reshuffle are indicative. At first there was talk of a sweeping structural reshuffle, but that has changed over recent days.
Sources say that the PM will make limited changes, which will upgrade cadres that are totally under his control, with the pretext that they are younger or free of political baggage.
There is talk of a promotion of Deputy Athletics Minister Yorgos Vasileiadis, with some reports indicating he may be appointed justice minister. That would confirm the upgrading of younger cadres, which according to other party members constitute a small, closed group that is very close to the prime minister.

Vasileiadis and government spokesman Dimitris Tzanakopoulos are considered leading members of this group.

Οι στατιστικές πίσω από το τείχος ανοσίας – Η απειλή της νέας παραλλαγής και η σημασία της 2ης δόσης
There has been much interest in the role that Digital Policy Minister Nikos Pappas, one of the PM’s oldest and closest associates, will play. He reportedly hopes for his role to be upgraded with a crucial post very near the prime minister. That would be a return to the past, when Pappas was considered Tsipras’ alter ego, and some said that “the one needs the other”.

If these conditions and parameters of a reshuffle can lead to a political restart for the government remains unclear.

Until then, all eyes are on the first opinion polls that are expected in September, which will show how much harm the ruling party has suffered and whether it can be limited in the coming months. The polls will indicate whether there will be a voter flight from SYRIZA, and if so towards which party.

They will also indicate whether Kyriakos Mitsotakis and New Democracy have a stronger current of support, and whether Tsipras has the political capital and momentum to cement and augment whatever political support that he and his party have retained.
Meanwhile, there will be a constant effort by the government to change the political agenda. Whether it will be able to do so remains to be seen.