‘Yet, you too must recognise that we are right when, based on that name, you distribute maps of Macedonia of the Aegean , which reaches down to Olympus, when you claim that we Greeks are conquerors of our own second capital, Greek Thessaloniki, etc., thus challenging the very territorial integrity of our country.’ 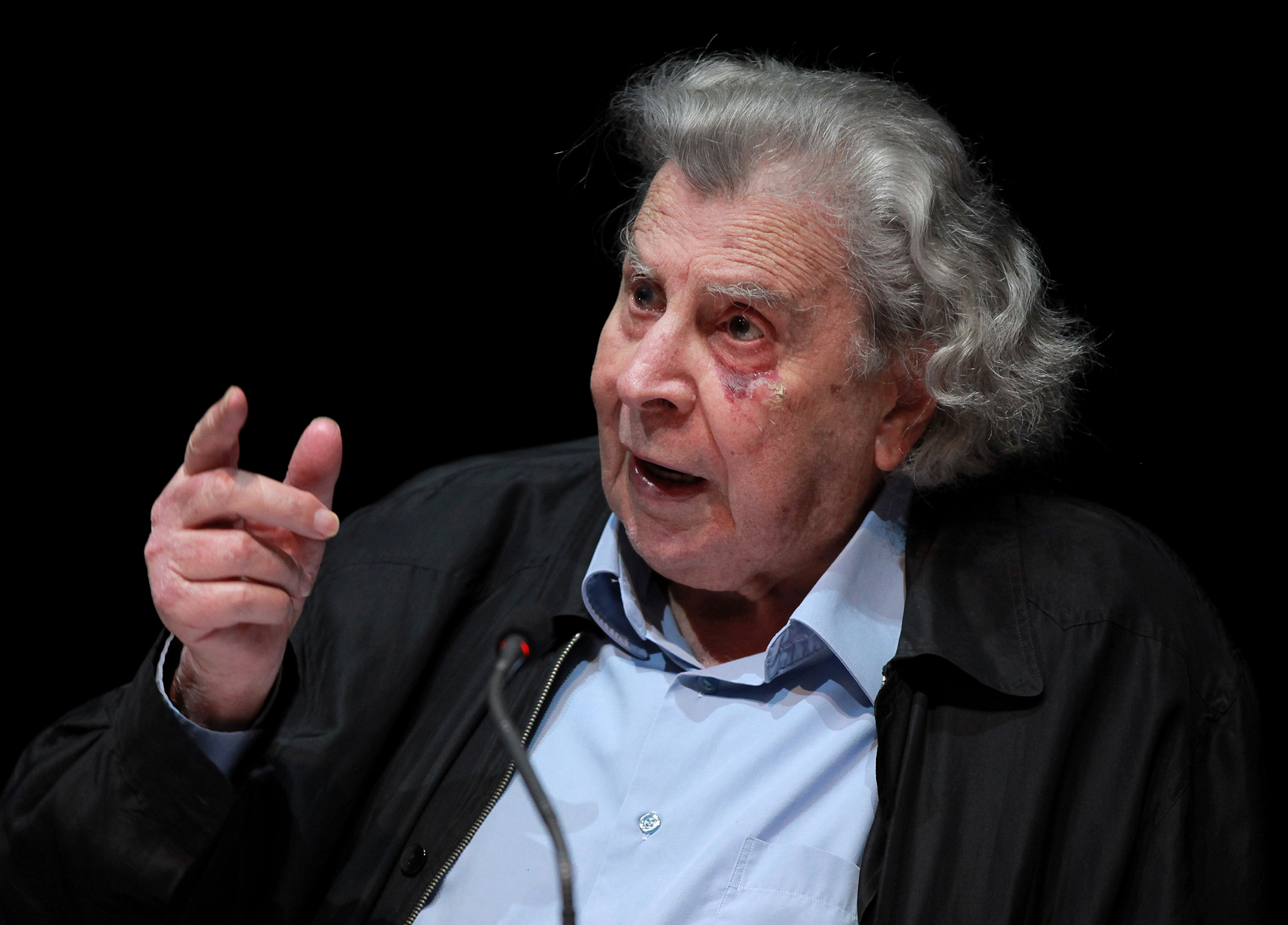 In his lengthy response to a letter sent to him by an operatic singer from the Former Yugoslav Republic of Macedonia, published by Ta Nea today, composer Mikis Theodorakis outlines the history of the bilateral dispute and focuses on FYROM’s diachronic irredentist claims against Greece.

In the initial letter, Blagoj Nacoski, a 39-year-old tenor with an international career, calls Theodorakis to task for blaming his country’s problems on Skopje in a statement carried by an Athens newspaper. He says he would expect more cosmopolitanism from the Greek composer and recalls that he had attended a Theodorakis concert as a high school student in Skopje, and that Theodorakis at that time visited the grave of the real Zorba the Greek, in what was once a Greek-speaking area of what is today FYROM.

I assume that you are very young, and are not aware of certain events that took place many years ago, and which explain my stance today regarding the relations between our two peoples.

Before WWII, when the still young and weak KKE [Greek Communist Party] wanted to become a member of the Communist International (Moscow), the Bulgarian Communist Party and the Yugoslav Communist Party set as a condition that the KKE agree to the creation of an independent communist state with the name “Macedonia” that would incorporate all of northern Greece.

Naturally, in Greece, this raised a maelstrom, which forced the KKE to rethink that position. Yet, the party was left with a great stigma, which I think was erased when the KKE in 1941 led the front line in the Resistance against the Germans.

At the end of the war, the Communist Party of Yugoslavia was created, and at that time Tito gave the name “Macedonia” to the southern portion of the country, in the area of Vardar, with the hope that in the future an opportunity might arise for his country’s borders to reach the Aegean.

The unfortunate thing for our country was that after its liberation from the Germans, we were led to the Civil War, during which the Government of Athens relied on the aid of Western Powers for its survival. It was totally dependent, and as it turned out, especially the British did not want Tito to become annoyed, with the hope that he would do what he did – cut off relations with Moscow. It is for that reason that Greek governments at the time did not complain, while the whole world realised that with this name, the Yugoslav leader was creating a Trojan Horse, in order to repeat what he did as the Communist International’s man – which is to create a Macedonia of the Aegean.

That is when the myth was born about the descent of the residents of this region from Alexander the Great, with the accompanying provisions in the Constitution of your country (I do not know if they are still included) regarding the Great Idea of Irredentism, on which many generations, that have been bound to this idea totally – as you have I suppose – were weaned. I understand them absolutely when they consider themselves Macedonians, because they grew up with that myth.

Yet, you too must recognise that we are right when, based on that name, you distribute maps of Macedonia of the Aegean , which reaches down to Olympus, when you claim that we Greeks are conquerors of our own second capital, Greek Thessaloniki, etc., thus challenging the very territorial integrity of our country.

How, then, are you asking me to be…”a cosmopolitan”, when with all these myths certain people are seeking to dismember my country?

As fate would have it, dear Mr. Nacoski, I learned first-hand the scheming of the Yugoslav leadership, for me to become an accomplice to this policy of a “Great Macedonia”. It was at the time that I was composing the music for the Battle of the Sutjeska and often visited comrade Tito, whom I so admired and respected.

It was then that Tito himself asked me to write the music for a Skopje film. When I read the scenario, which depicted us Greeks as conquerors of Thessaloniki and oppressors of its residents, not only did I refuse to write the music, but I also had the courage to clash intensely with Tito. This is because I realised that he believed that since Macedonia was “his”, it was an historical necessity – and he had the legitimacy, according to his communist understanding – to create a communist state, at the expense of a capitalist state like Greece.

Our relationship then was disrupted, especially when I stressed to him that he, who put his fatherland above Moscow and Stalin, cannot not respect my patriotism, which I too have the courage to place above all else.
In my entire life, I have proven, I think, that I am truly dedicated to the peaceful co-existence of Peoples.
I have no hesitation in stating that I have no issues with your people, which I feel very near to me, just as I did when I conducted “Zorba” in Skopje.

When I see, however, that the matter of the peaceful co-existence of our people is turned into a pretext in the hands of certain dark forces who exploit peoples, and when the final result is that the territorial integrity of my country is endangered, it is impossible for me not to react with all my strength.