Theodorakis: “Did the bailouts trigger the crisis or vice versa?” 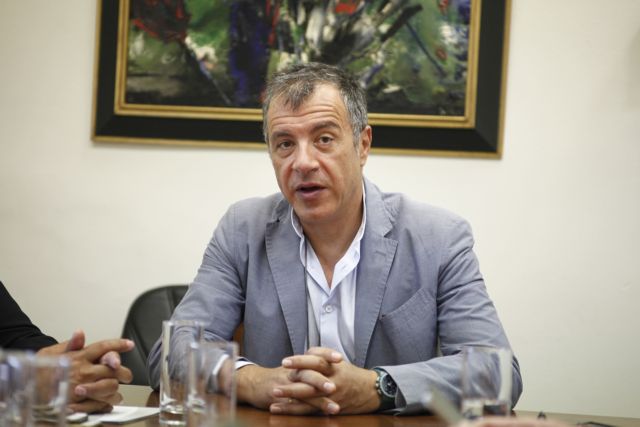 The head of the River Stavros Theodorakis was highly skeptical of the apparent agreement between New Democracy and the coalition government on the route cause of Greece having to apply for a bailout.

According to Mr. Theodorakis’ Facebook post, the main opposition and coalition government are in ‘agreement’ that the bailouts came as a result of a inflated deficit, which he further elaborated was a “plan from abroad” aimed at placing Greece under supervision, to “buy it cheap”.

Mr. Theodorakis made the comment in reference to the former president of the Greek statistics authority ELSTAT Andreas Georgiou, who is being charged with false testimony in relation to the country’s debts.

The opposition party leader added that the question is simple: “did the bailouts cause the crisis or did the crisis cause the bailouts?”. Mr. Theodorakis further stressed that unless the parties accept their responsibilities and refuse to recognize the cause of the crisis, then there is no chance of overcoming it.