Government focuses on prior actions to collect installment

Following the positive outcome at Tuesday’s Eurogroup meeting in Brussels, the Greek government is now rushing to complete a… 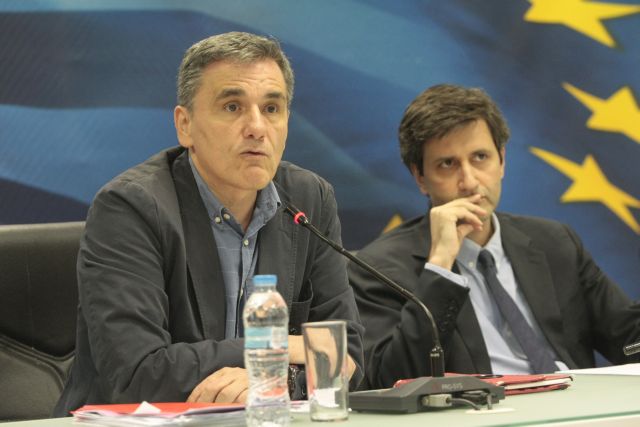 Following the positive outcome at Tuesday’s Eurogroup meeting in Brussels, the Greek government is now rushing to complete a series of prior actions in order to collect the first installment of the 10.3 billion euros.

According to a report in Ta Nea, the Minister of Finance Euclid Tsakalotos had two teleconferences with the institutions, in order to discuss the finer details of some of these prior actions. The Alternate Minister of Finance Giorgos Houliarakis explained at a Thursday evening press conference that three issues must be addressed to collect the first installment.

Mr. Houliarakis explained that the privatization of the Elliniko development should have concluded by the 23rd of May, but efforts are made to fast track the process. In relation to the sale of non-performing loans to funds, there has been no discussion about loans backed by the Hellenic State (primarily loans taken out by public utilities)

Finally, the Alternate Finance Minister explained the administration board of the new privatization super fund has to be appointed, while noting that various issues of legal cover must also be debated.