Three demonstrators on Lesvos attempted to block a ship carrying 45 migrants, who are to be returned to Turkey, as part of… 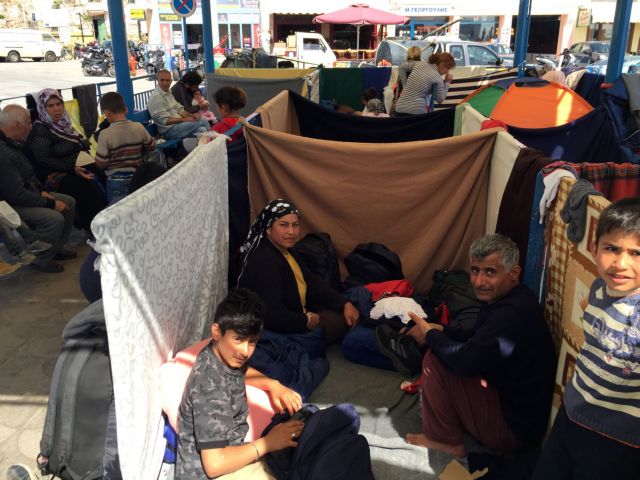 Three demonstrators on Lesvos attempted to block a ship carrying 45 migrants, who are to be returned to Turkey, as part of the recent controversial EU-Turkey agreement.

The three men swam to ship and grabbed on to its anchor to prevent it from setting sail. The Coast Guard and police however intervened, allowing the vessel to start its journey.

In total, 145 migrants are scheduled to be returned to Turkey on Friday. A group of a further 100 migrants, who are held on Kos and Samos, will be transferred to Lesvos within the day and from then on they will travel to Dikili.

Tension on Chios, Leros and Samos

Meanwhile, a group of 150 residents on Chios gathered outside the island port on Thursday evening and demanded that the refugees be forcibly removed from the area. The Police and Coast Guard had to intervene in order to move them via bus to the camp at Souda.

On Leros a group of residents attempted to block the Tera jet ferry boat carrying 240 refugees from docking. The ship eventually docked on the other side of the port. Local mayor Michalis Kollias has expressed his objection to accommodating any refugees on the island and called residents to demonstrate.

Similarly, the 560 at the hot spot on Samos complained about holding conditions and asked to be allowed to leave. The Police, Coast Guard and Frontex were called out and managed to convince them to remain on site, while their applications for asylum are examined.