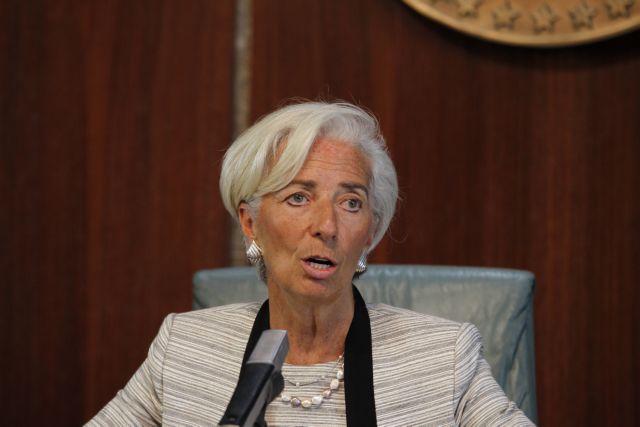 The head of the International Monetary Fund Christine Lagarde estimated that the decision as to whether the IMF will participate in the Greek bailout program may be taken in the second quarter of the year.

In an interview published in the Sueddeutsche Zeitung newspaper on Friday, Mrs. Lagarde explained that the Fund will participate in the Greek program provided that measures are taken to ensure the sustainability of the country’s public debt, as well as the implementation of reforms. At present, she added, these two conditions are not being met.

Mrs. Lagarde also stressed the importance of carrying out the critical pension system reform. She noted that while the Greek government has begun the reform, the IMF cannot predict the outcome and will closely monitor the process, while making its observations and recommendations.

According to the German newspaper the IMF chief has arranged to meet with Prime Minister Alexis Tsipras on the 21st of January in Davos.