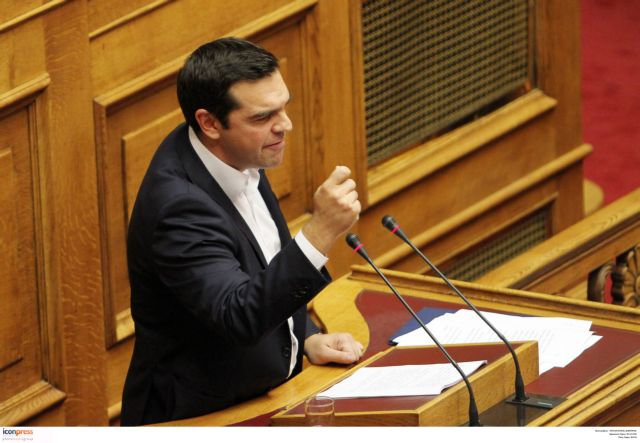 The Prime Minister Alexis Tsipras underlined how the next twenty months will be crucial in the implementation of priorities for his government, in order to restore liquidity to regain access to the markets, in his opening statements in Parliament. The Prime Minister also stressed that he will pursue a greater cooperation with “progressive forces”, arguing that the broadest possible consensus is necessary.

In his Monday evening speech in Parliament, the PM outlined three immediate priorities for his coalition government, namely reducing the debt by way of extending payments, reducing interest rates and introducing a growth clause and long grace period; recapitalizing the banks and establishing a special body that will be tasked with creating the necessary framework to attract private investments and encourage local brands and entrepreneurs.

At the same time, Mr. Tsipras outlined the four major challenges which his government will have to face at the same time. These are addressing ‘red loans’, regulating the job market (restoring collective agreements and protective regulations), presenting a realistic plan to keep DEI and ADMIE in public hands and establishing the new privatization fund.

The Prime Minister also announced that the controversial 23% VAT in private education will be suspended until mid November, by which point alternative measures with an equivalent revenue effect can be devised. On the recent refugee crisis, Mr. Tsipras argued that the Dublin III must be reviewed and stated that five ‘hot spots’ will be created on the islands for arriving refugees and migrants.

The debate on the government’s policy statements continues and will conclude at midnight on Wednesday with a vote of confidence in Parliament.