Dragasakis: “Without the USA there would be no agreement” 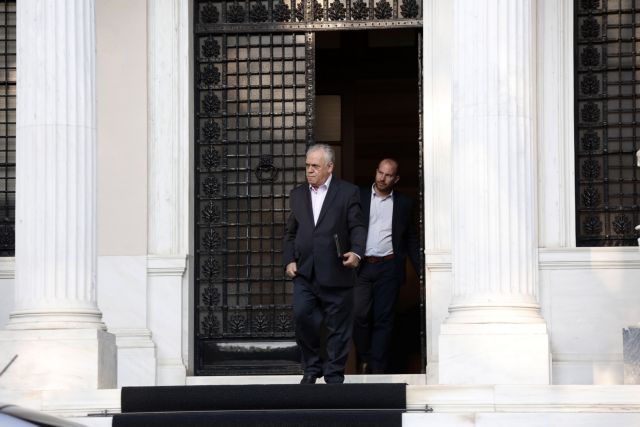 The Government Vice President Yannis Dragasakis praised the contributions of the USA in the negotiations that resulted in an agreement on Monday, in an interview on the Sto Kokkino radio station. Mr. Dragasakis explained that the result was not so much as ‘Greek defeat’, but rather the ‘defeat of a phobic Europe’, which moved on from making arguments to threats and intimidation.

The VP explained that two models were clashing in Europe, that of impoverization and the improvement of financial results via growth. He added that following the conclusion of negotiations in Brussels, there are “cracks” in Europe, as evident by the different stances adopted by various Eurozone members.

Mr. Dragasakis admitted that it was a mistake to believe that his party’s ambitious, anti-austerity election campaign pledges could be implemented independently of the negotiations. He underlined that there is a “learning process” and praised the efforts of newly-appointed Minister of Finances Euclid Tsakalotos.

As for the crisis in Greece, Mr. Dragasakis argued that it was a crisis of the “peculiar capitalist system” in Greece that existed prior to the bailout and stressed that the troika ‘ruined things’. He also argued that “the medicine that was given was worse than the illness” and “it is a mistake to insist on similar measures”.

When the creditors began to run out of arguments, they turned to brute force, with Mr. Dragasakis revealed that some of Greece’s partners aimed to overthrow the government in Athens. The government, he added, clashed on certain issues, but did not have a mandate of rift. The agreement may have many negative aspects, but it averted many dangers.

Asked about former Finance Minister Yanis Varoufakis, the VP noted that it was not proper to reveal what was discussed in closed government meetings and that “serious governments implement a ‘plan B’, they do not talk about one”. Mr. Dragasakis claimed that all options were investigated – including a ‘Grexit’ and issuing parallel currency or IOUs. He concluded by stressing that SYRIZA should neither be a pro-euro or pro-drachma party, but rather a “left-wing party seeking social transformation”.