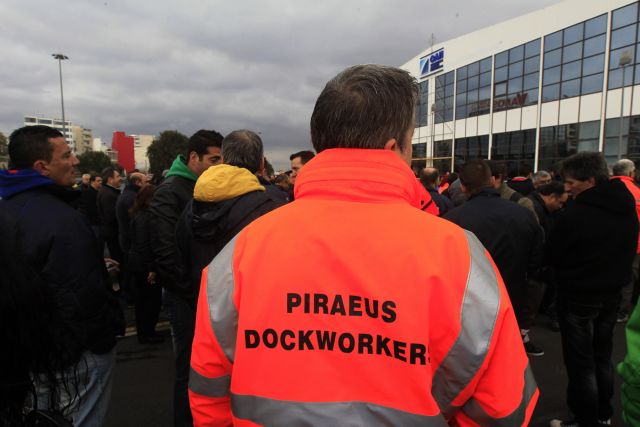 The nationwide federation of port employees (OMYLE) is in uproar over the privatization fund TAIPED’s request towards the management of the Piraeus Port Authority (OLP) to not discuss the renewal of collective labor agreements.

In its statement OMYLE accuses TAIPED’s management and president of carrying out “junta-inspired actions” and representing vested interests. The federation notes that after repeated agreements between the unions and OLP management, it was agreed to extend the terms of existing contracts for a further 2 years.

Furthermore, the federation lashed out against the government for failing to implement its election campaign pledges and which is now tolerating the selling off of ports, abolition of all kinds of collective labor agreements and further depreciating employment relations, in line with “what goes on at COSCO”.

Finally OMYLE called the Alternate Minister of Shipping Theodoros Dritsas to take a stand and stressed TAIPED’s anti-worker policies must come to an end, otherwise the privatization fund will be fully responsible for any repercussions.