The statement of central committee secretary Dimitris Vitsas, that SYRIZA will not recognize the bailout extension deal when it… 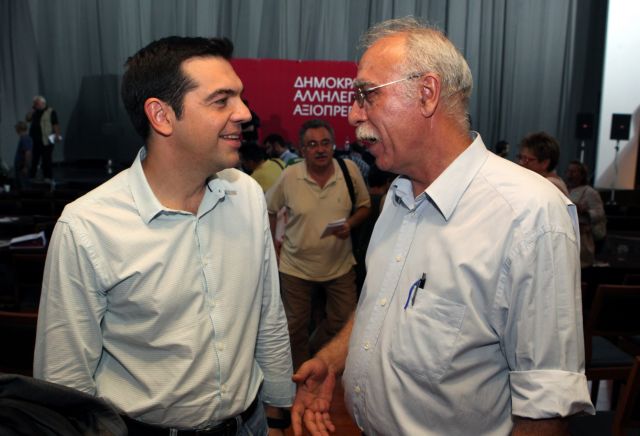 The statement of central committee secretary Dimitris Vitsas, that SYRIZA will not recognize the bailout extension deal when it rises to power, has caused some concern within the party.

Some high-ranking SYRIZA officers were troubled by Mr. Vitsas absolutism in his words, as they believe that greater care and planning is necessary, in order to avoid any complications.

More moderate party officers estimate that greater reservation is required until general elections are called, so as to avoid any further negative impressions. This was somewhat reflected in an interview that SYRIZA officer Nikos Pappas gave to La Stampa, where he insisted that SYRIZA will not make any unilateral decisions regarding Europe.

It has been argued that the intention of Mr. Vitsas’ statement is that when SYRIZA rises to power, as a newly-established government, it will be given additional time to negotiate with the troika.