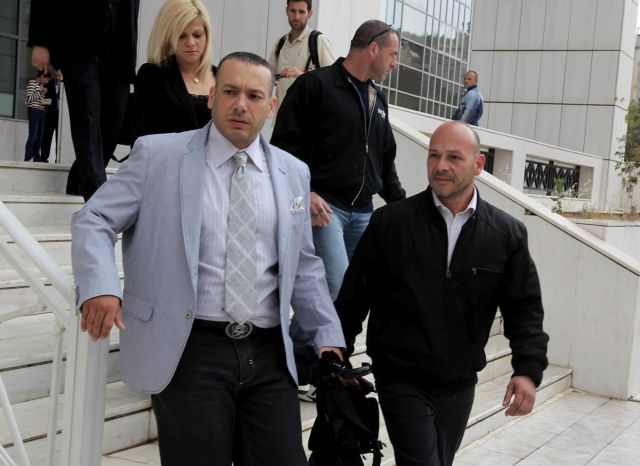 Golden Dawn’s Antonis Gregos and Polyvios Zisimopoulos were summoned today to submit a deposition in relation to the criminal investigation in the neo-Nazi party.

Both MPs face the felony charge of joining and directing a criminal organization. Zisimopoulos addressed the charges against him for about three hours and was reportedly asked about the political opinions of other Golden Dawn officers, such as party leader Nikos Michaloliakos.

Zisimopoulos is said to have responded that the opinions expressed by the leader are not binding for the others, since it is not stipulated in the party’s statute. The prosecution and investigative judges will announce their decision regarding detainment after 3pm.

Earlier in the week Kostas Barbarousis and Eleni Zaroulia also faced the prosecutors. Barbarousis was allowed to go free on a 20,000 euro bail, while the prosecutors placed Zaroulia under house arrest as they could not agree as to whether she should be detained until the trial or not.

The Appeal Council will convene in five days to decide whether Zaroulia will head to prison or if she will remain under house arrest. The prosecutor is in favor of detaining Zaroulia, as he believes she will likely commit further crimes if she is allowed to go free. Zaroulia is accused of delivering hate speeches and inciting violence and racism.