Will the troika return to Athens on Sunday? 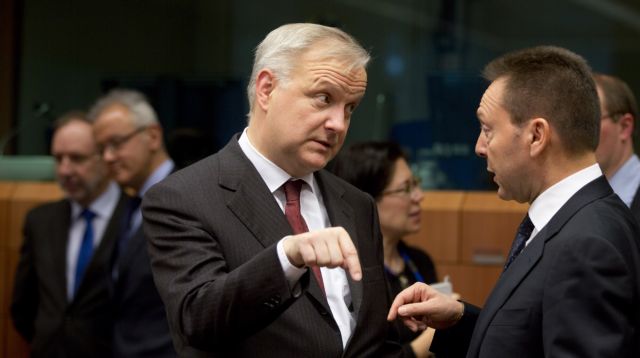 After last night’s Eurogroup session, various government sources and troika officials agree that the likeliest date for the troika’s return to Athens is the upcoming Sunday, the 23rd of February. Greece is claiming a 10.1 billion euro loan installment which will cover the country’s need until August.

The new troika review is expected to take place in June, after the European elections, and will be focused on the funding gap, the new aid program and deciding upon the debt.

European Commissioner Olli Rehn revealed that the troika would return within the week so that the review would be complete by the of March, however the Commission is still waiting for Greece to provide answers on subjects such as the implementation of the reforms recommended by the OECD.

The Greek Finance Minister Yannis Stournaras expects the troika to return to Athens by the 7th of March and that should the review be positive, the Eurogroup will approve the next loan installment.

Pressure for implementation of reforms

At the sidelines of Monday’s Eurogroup, both Jeroen Dijsselbloem and Olli Rehn emphasized the need to implement the agreed upon reforms in order to ensure a positive review. Mr. Rehn claimed that a lot of work still needed to be done in order to come to a staff-level agreement.

While Mr. Dijsselbloem recognized that while Greece had exceeded fiscal expectations for 2013, he added that there will be a clear picture after Eurostat makes the relevant announcements on the 23rd of April.