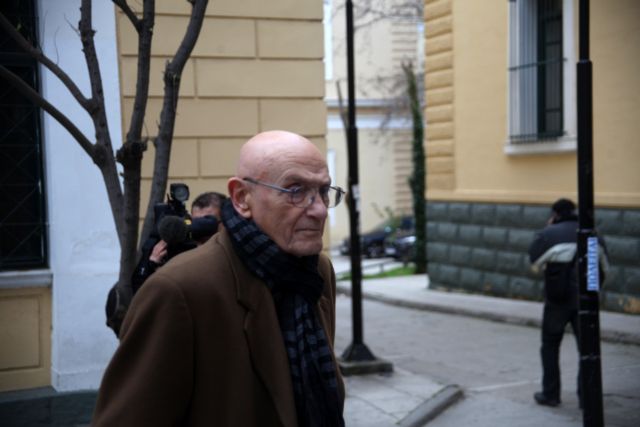 In his testimony to Swiss judicial authorities who are visiting Greece to investigate the transfer of millions of euros worth of bribes via Swiss banks, Nikos Zigras demanded that the bribes return to Greece.

Mr. Zigras, who was convicted in October for his role in the Akis Tsohatzopoulos scandal, accused the Swiss state of “building its economy by safeguarding the biggest scammers in the banking world” and that it was complicit in the money laundry.

The Swiss prosecutors quizzed Mr. Zigras about an account belonging to his wife that appears to have been used to transfers hundreds of thousands of euros. Based on descriptions, Mr. Zigras claimed that the woman in question is probably Vicky Stamati, the wife of his cousin Akis Tsohatzopoulos.

The Swiss prosecutors also quizzed the former Minister of National Defense Tsohatzopoulos, whom is considered an intermediary by the Swiss authorities, rather than a suspect or witness. Mr. Tsohatzopoulos denied ever owning or managing Swiss bank accounts. Mr. Tsohatzopoulos further claimed that he was not involved in the money laundering scam and does not know any of the main suspects.

The former Minister explained that his wife owned an account at the UBS bank, which he had declared in his tax return. Mr. Tsohatzopoulos also maintained that the funds contained in that account were legal.

Regarding the claims by the former deputy director of armaments Antonis Kantas, the former Minister claimed that he was “not informed” and that he “cannot believe that a distinguished representative of the Air Force who served in critical posts could say such things”.