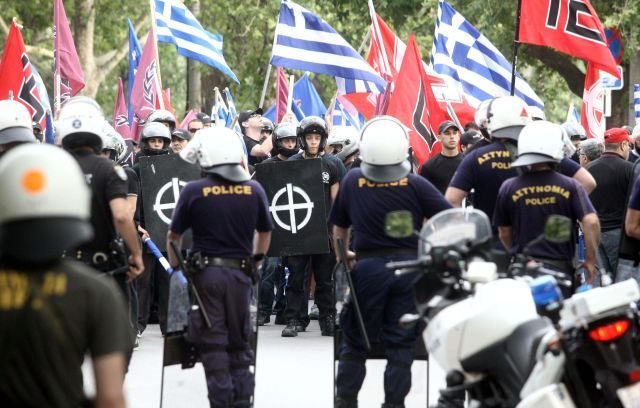 A key figure from the ranks of Golden Dawn has appeared before the deputy prosecutor of Supreme Court Vourliotis and is willing to reveal what he knows about the controversial party’s action, including details about those who orchestrated the events that lead to the murder of antifascist activist Pavlos Fyssas.

The investigating judge of Piraeus will summon six people who were identified in the seven phone calls made on Roupakias’ mobile phone. The depositions will illustrate the content of the conversations prior to the murder.

Mr. Vourliotis is examining Golden Dawn’s sources of income and questionable activities, such as racketeering and protection of night clubs. The deputy prosecutor will question witness whether there is central planning regarding the party’s activities related to its financial resources.

The SYRIZA MP asserted that the government procrastinated in dealing with the “Golden Dawn” phenomenon, while Mr. Rigas dubbed the party a “criminal organization” that benefits from the privileges of parliamentarism without believing in it.

Mr. Economou stressed the need for an anti-racism law in order to make it clear that the Greece society is against racism and anti-Semitism. Mrs. Voultepsi commented on her way out that the judicial system must be allowed to perform its investigations.