Five dead in collision outside Arta 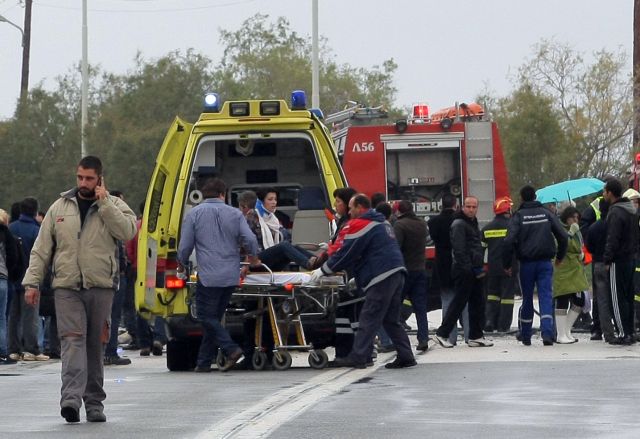 Five people have lost their lives, including a child, and four more were injured in a face-on collision of two vehicles, at around 4pm on Wednesday afternoon, 4 kilometers outside Arta.

The two vehicles collided at the 141st kilometer on the Antirio-Arta national high way, near Sykoula. There were two women and four children on the first car and two parents with their son on board the second.

The collision of the two vehicles was so fierce that the Fire Brigade was called out to cut through the crash to remove the passengers. Two of the injured passengers, one of whom is a child, are still in a critical condition and undergoing surgical treatment at the Hospital of Arta.