Fire in Argos under control 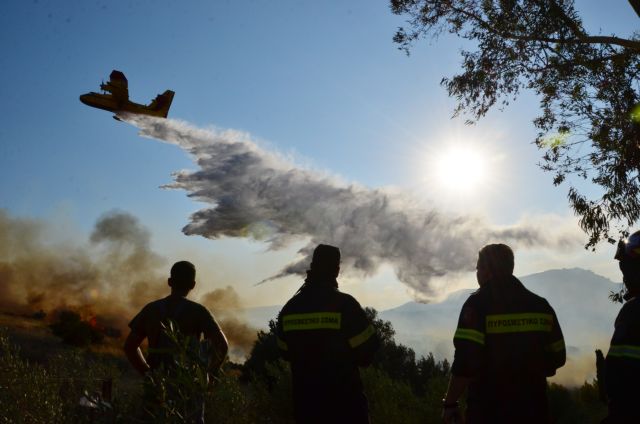 The Fire Brigade has reported that a forest fire that broke out on Sunday afternoon in Akovo, near Argos in Arcadia is under control.

The fire, which broke out behind the city’s stadium, threatened a monastery and nearby settlement. The fire brigade had a difficult task at hand, due to the remoteness of the area and the strong winds.

In total 18 vehicles and nearly 50 fire fighters were used to deal with the first, along with the support from Argolida and Arcadia municipal services. Early reports indicate that about 700 acres of forest and farm land were burned down.

The fire brigade also reported that it has dealt with a forest fire that broke out in Marmarini in the Municipality of Agia near Larissa, with the support of 22 firefighters, 10 vehicles and two aircraft. Another fire near Stefani in Corinth was set under partial control.