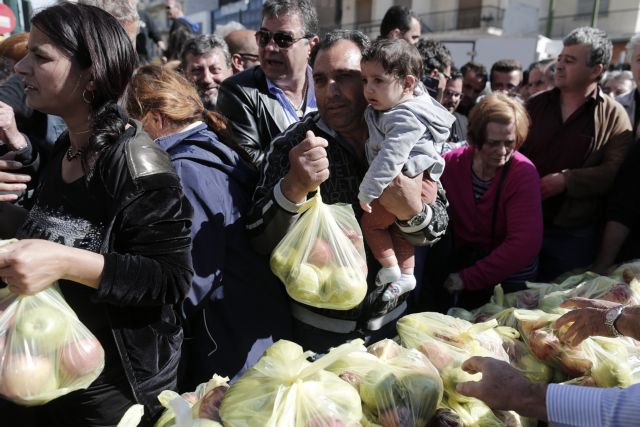 The federations of open-air market unions announced its intention to continue with its ongoing strike and to distribute free produce until the upcoming European elections.

The strikers have arranged a protest outside Parliament on Syntagma Square at 6pm on Monday, while unions across the country will participate in local actions. The demonstrators have also announced that they will distribute free fruit, vegetables and other produce at the open-air market in Geraka, on Miaouli Street at 9am on Monday.

In their statement, the federations urge the Prime Minister Antonis Samaras and government Vice President Evangelos Venizelos to intervene and revise the controversial bill drafted by the Ministry of Growth, which the federations claim will deregulate and bring chaos to their sector.