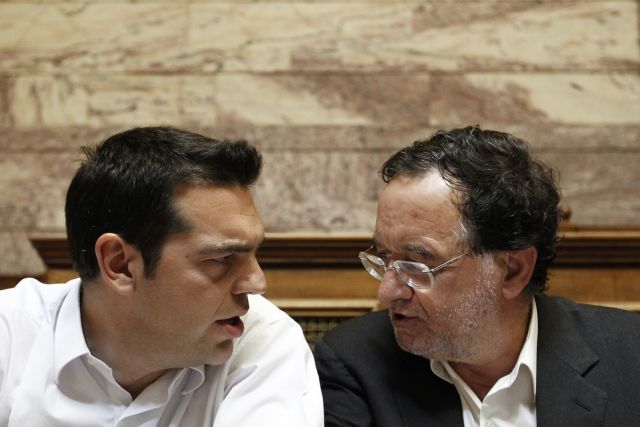 The tension between SYRIZA president Alexis Tsipras and the Panagiotis Lafazanis’ Left Platform is seemingly increasing as their differences regarding the party candidates in the upcoming European and local government elections escalate.

The latest point of contestation is Alexis Tsipras’ nomination of the former PASOK and currently-independent MEP Kriton Arsenis. Mr. Lafazanis’ faction has argued against the nomination due to Mr. Arsenis’ political relation to the former PASOK leader and PM Giorgos Papandreou.

Mr. Tsipras is said to have argued with the Left Platform and accused Mr. Lafazanis’ faction of rekindling the euro-vs-drachma debate, prompting Mr. Lafazanis to depart from the meeting. Mr. Arsenis’ nomination was decided by a vote, where Mr. Tsipras’ faction had an overwhelming majority.

With SYRIZA not having decided on all of its candidates in the upcoming elections, disagreements and tensions within the opposition leaders may continue to rise.