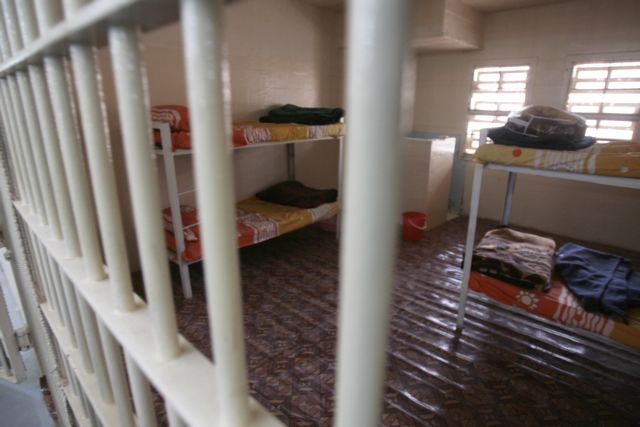 The four Nigrita prison guards who stated their plea today before the investigative judge of Serres regarding their implication in the torture of Ilie Kareli have been set free on bail.

The investigative judge and prosecutor agreed were in agreement and imposed restrictive measures on the four prison guards, which involves staying within the country and reporting to their local police department once a month.

Two further prison guards are to state their plea on Tuesday. So far, six prison guards have been detained over their involvement in the torture, while another two have been set free on bail.